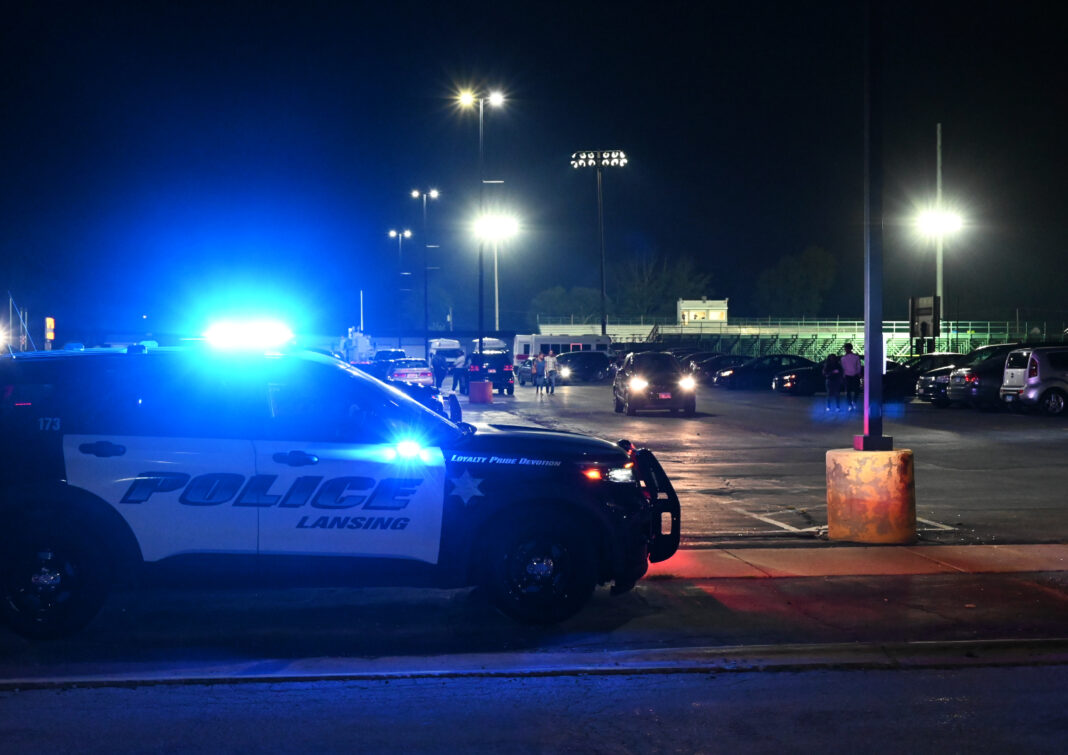 LANSING, Ill. (September 9, 2022) – The football game between TF South and TF North, which took place at TF South on Friday night, was cancelled at halftime due to a “threat of violence.”

According to the Lansing Police Department, a TF North administrator was made aware of a student who threatened violence at the highly-attended football game at Padjen Field in Lansing. Once aware of the potential threat, District 215 started evacuation procedures.

After the halftime acts had performed and players were starting to warm up to start the second half, the Red Wolves’ PA announcer told everyone in the stands and on the field to immediately evacuate “due to an unforeseen circumstance.”

A police officer present at the scene personified the potential threat as a student who said he or she could “shoot up the place.”

The District 215 Facebook page said in a post Friday night, “Due to a threat of violence received by the Lansing Police Department during tonight’s varsity football game between TF North and TF South, and out of an abundance of caution District 215 administration determined the best course of action was to end the game during half time. The matter remains under investigation by the Lansing Police Department.”

Though an air of confusion was present after the evacuation announcement, the movement of hundreds of spectators toward the exits was orderly and calm, as D215 administrators and local police officers helped direct them.

Before the evacuation – Red Wolves vs. Meteors

Before Friday night lights turned into police lights, the TF South and TF North communities enjoyed their cross-district rivalry on a beautiful night for football. Friday night’s game was the first home game of the season for the Red Wolves, who have lost their first two games of the year to Shepard and Lane Tech.

After a quick first quarter touchdown and missed extra point from TF South, the score remained 6-0 through halftime. It is not yet clear when or if the cross-district rivals will make up their cancelled game.

The halftime show featured a cheerleading squad that including elementary-aged cheerleaders, a dance routine, and a marching band and flag team routine.

Scenes from the game

Dozens gather for student-led prayer at the TF South flagpole