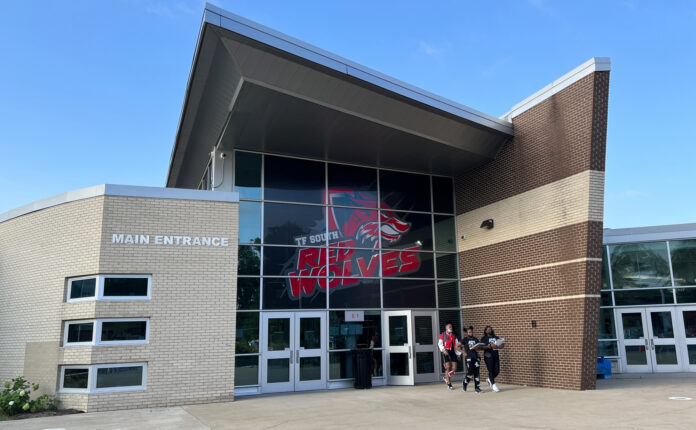 LANSING, Ill. (September 3, 2022) — Below are the most recent scores for the TF South Red Wolves:

After two scores from Lane Tech in the second and third quarters, TF South scored their only touchdown of the game in the fourth quarter on a four-yard run from Seneca Smith. The two-point conversion failed.

In a game that lacked of offense, the Red Wolves was lead on defense by defensive tackles Kenyon Peoples with 13 tackles (six solo, seven assists) and Cortez Jones with nine tackles (seven solo, two assists). South had 120 yards of total offense and Lane Tech had a total of 156 yards.

TF South fell to 5-3 on the season. Kyndall Jackson had 10 kills, eight digs, and 15 points. Nyrobi Moore had six kills and five points​

Kyndall Jackson and Nyrobi Moore had four kills each. The Red Wolves are now 5-4 with an 0-1 conference record.

Opponents: TF South ran in the Ruch Dust Invitational, with over 20 schools from the surrounding area.

Result: The Red Wolves took 12th of 19 in the Freshman/Sophomore division, while the Varsity team did not run a complete team.

Below are the results from the 50th Rich Dust Invitational:

Oswaldo Mendoza made four saves in the game. Jonathan Hernandez scored game’s lone goal for TFU. The joint team is now 3-3 on the season.

First place for both boys and girls cross country; wins for swimming, volleyball