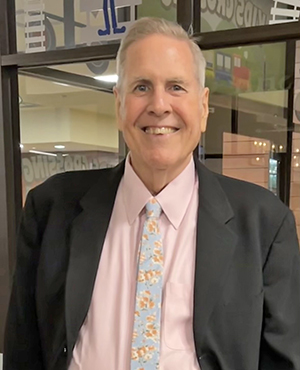 Richard Beswick of Austin, TX, formerly of Lansing, IL, passed away peacefully into the presence of Jesus on June 24, 2022, while surrounded by loving family members.

Richard spent many years working in the East Chicago steel industry before happily retiring in 2017. After retirement, he relocated to Texas and became a loving and devoted Daddo to his grandchildren, Mabel and Teddy. Ever the hard worker, Richard enjoyed completing home-improvement projects, in addition to scouring the Hill Country antique shops for unique treasures. He was also an active community member at Austin Baptist Church, where he enjoyed fellowship with friends and singing with the choir.

Richard was preceded in death by his parents, Rev Wilbur and Lorraine (Vilhauer) Beswick, as well as his two brothers, George and Steven Beswick. He is survived by his daughter, Jordan Beswick; his son, Tyler Beswick and wife Stacey; his ex-wife Maris (Napoli) Beswick and sister-in-law Hollis Napoli; his brother Tom Beswick and wife Cindy; his sister Doris Clark and husband Robert; extended family members, dear friends and his beloved dog, Buddy.

Richard taught those around him to live with faith, humor, and a creative flair. His laughter and generous spirit will be deeply missed. A celebration of life is being planned in Austin for later this year. Memorial contributions in Richard’s name may be made to Moody Radio, Chicago, IL.