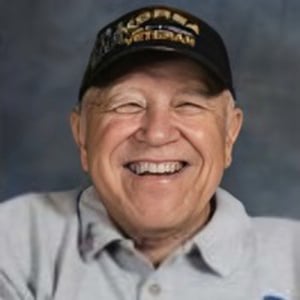 Bruce was born in Gifford IL and raised on his family’s farm in Loda, IL. He was the 10th of 12 children of W. C. Ross and Mary (Wolford) Ross. He was preceded in death by his parents and brothers Glenn, Elmo, Joe, William Jr, Garnet, Ralph, Raymond, Dono, Robert; and sisters Pauline and Bettie. Bruce graduated from high school and went on to Illinois State Teachers’ College but left in his freshman year when he was called to serve in the US Army in the Korean Conflict. He was very proud of his military service.

Bruce worked at US Steel – South Works for 30 years. Outside of work, he was a carpenter with a love of building decks and home remodeling projects. You could often hear the sound of the table saw in his garage and smell the sawdust. He also had a knack for bicycles. He assembled them for Goldblatts and was the local basement bicycle repairman. In more recent years, he was known as the old man on Burnham who was always meticulously mowing his lawn. Bruce loved sports and followed one grandson in baseball and two other grandsons in wrestling. He loved the Chicago White Sox and the Bears. He loved to square dance and play Euchre. He was a faithful servant of God, and he never met a stranger as he spoke to everyone! We know that there is a full crew waiting for him in heaven, but he will be so missed by those he left behind.