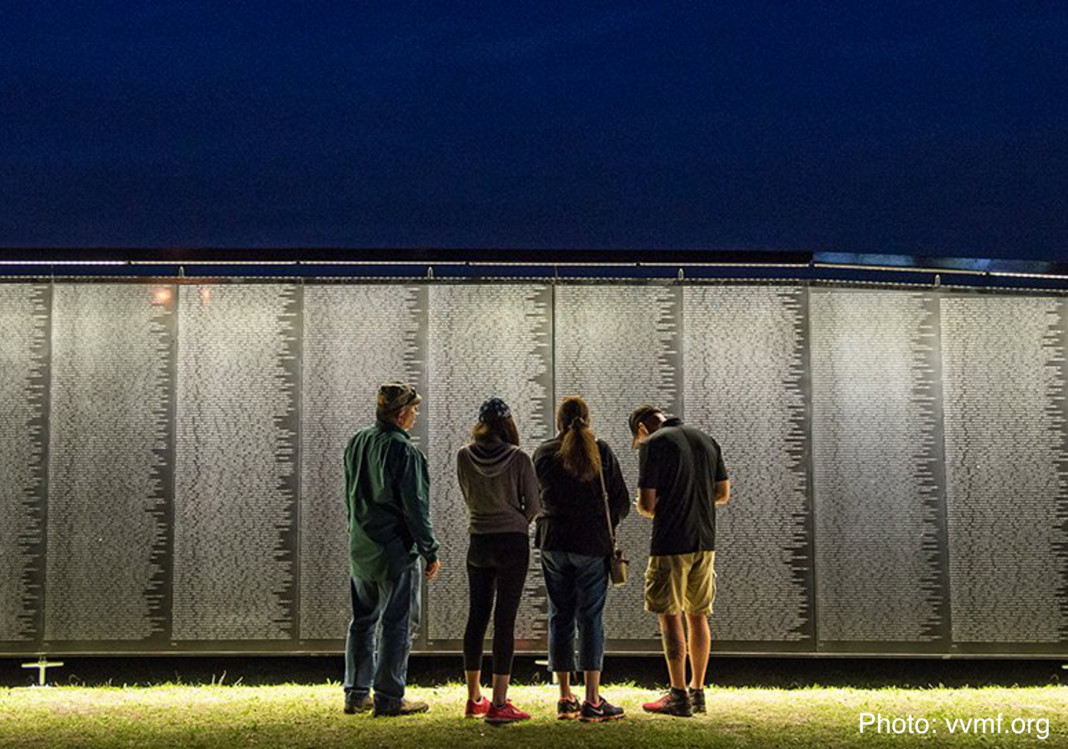 LANSING, Ill. (June 6, 2022) – The Vietnam War Memorial in Washington is coming — in a sense — to Bloom Township in early June, as part of a mobile version of the memorial that has travelled around the country for decades.

Created by the Vietnam Veterans Memorial Fund, the three-quarter size version of “The Wall” is an otherwise exact replica of the memorial found in the heart of the nation’s capital, though made out of a lighter, synthetic granite. The name of the mobile memorial is The Wall that Heals, and beyond the replica, the touring memorial also includes a “mobile education center,” which turns the trailer used to haul the memorial into a public display of information about the war.

The Wall that Heals has visited ten communities around the country already this year, and will settle at Marian Catholic High School in Chicago Heights from July 7–10.

Before arriving at Marian Catholic, however, the touring entourage will make its way around Bloom Township on Tuesday, July 5, with 11 “Observation Honor Points” along its route. The first such location is at Bethel Church in Lansing, located at 3500 Glenwood Lansing Road, where the memorial will start its Bloom Township tour at 2 p.m.

A Bloom Township Facebook post said, “Look for our Observation Honor Points along the route where volunteers will be distributing flags and where you can salute our fallen service members.”

Starting on July 7, The Wall that Heals will be open for free to the public at Marian Catholic High School, located at 700 Ashland Avenue in Chicago Heights. The memorial is open 24 hours a day from July 7–10, with a closing time of 2 p.m. on Sunday, the 10th.

According to vvmf.org, The Wall that Heals debuted on Veterans Day in 1996, and has been displayed in nearly 700 communities across the country.

“Bringing The Wall home to communities throughout our country allows the souls enshrined on the Memorial to exist once more among family and friends in the peace and comfort of familiar surroundings. The traveling exhibit provides thousands of veterans who have been unable to cope with the prospect of facing The Wall to find the strength and courage to do so within their own communities, thus allowing the healing process to begin,” said a description of the memorial on vvmf.org.

Like the original memorial in Washington, The Wall that Heals is displayed in a chevron shape, and the public is able to do name-rubbings of names on the memorial as well. As on the Washington version, the names listed are in the order of day of casualty.

More information about the wall is included in the video below, from vvmf.org:

For more information about The Wall that Heals in Bloom Township, email [email protected] or call 708-754-9400.

Add The Lansing Journal to your mobile home screen