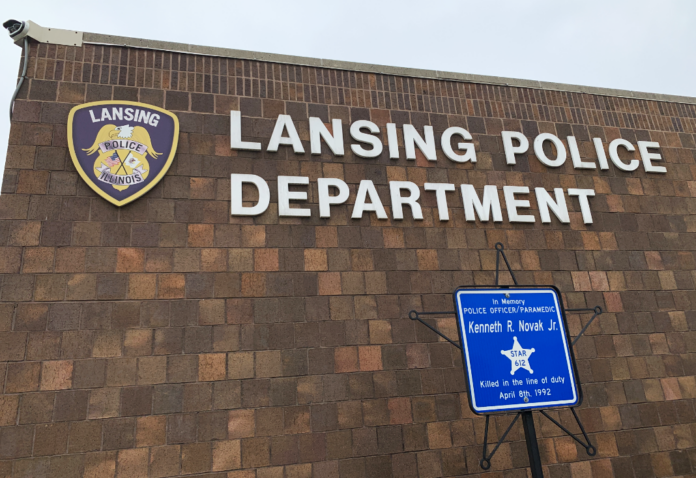 LANSING, Ill. (May 27, 2022) – For years, curious residents with access to a radio scanner have been able to hear Lansing’s officers be dispatched, relay information, and respond to sensitive situations, a reality that will soon change. The Lansing Police Department plans to switch all of its communications this year from radio airwaves to a digital format.

According to LPD Supervisor of Communications and Records Brian Weis, Lansing and Calumet City are the only two municipalities in the area that have not already converted their systems to digital.

Officer safety, and staying ahead

A primary reason for the change, says Weis, is to protect Lansing’s officers.

“I’m sure we’ve had instances where somebody commits a crime and they can hear us. [And they say,] ‘They’re sending people to our address, let’s get out of here,'” he said.

On this point, Lansing Police Chief Al Phillips said, “We’ve had people call in decoy calls at the north end of town so they can do something on the south end of town. And they know it’s happening because they’re hearing us dispatch, ‘Every unit go,’ and now they know they’re safe for at least 10 minutes.”

Staying ahead of the public in some instances is good, Weis said, recalling an incident years ago when a local resident arrived at a car crash and posted photos of the crash to Facebook before police had arrived at the scene. The driver died as a result of the crash.

“I understand people want to know what’s going on, but I couldn’t imagine seeing my loved one like that before even the police get there,” Weis said.

The Lansing Police Department responds to situations in real time, and often the initial information shared over the radio isn’t a full picture of what’s actually happening.

A listener on a police scanner, Weis points out, might not realize this, however. Take a “shots fired” call in the summer, for example. An officer is dispatched to respond to shots fired, but it turns out to be fireworks, as many such calls in the summer are. A listener might have already shared information about gunshots on Facebook, however, because they heard it on their scanner. The new digital system will eliminate this possibility.

Lansing’s digital communications will also allow the village to communicate more easily with other departments, such as the Cook County Sheriff, Illinois State Police, or surrounding agencies.

In the coming months, digital communications equipment will be placed on village property such as water towers. Though supply issues have backed up the industry, Weis hopes to have the digital system in place before the end of 2022.

“We do sympathize with the people that appreciate listening to us. We’re sorry that that has to go away, but it does have to go away. There’s other ways to keep up to date,” Phillips said.

One of those ways is to attend quarterly community policing meetings. 2022’s remaining meetings will take place on June 2, September 1, and December 1 at 6:30 p.m. in the Lansing Courtroom. Residents can also follow the LPD on Facebook, and subscribe to The Lansing Journal, which has a Police and Fire category.