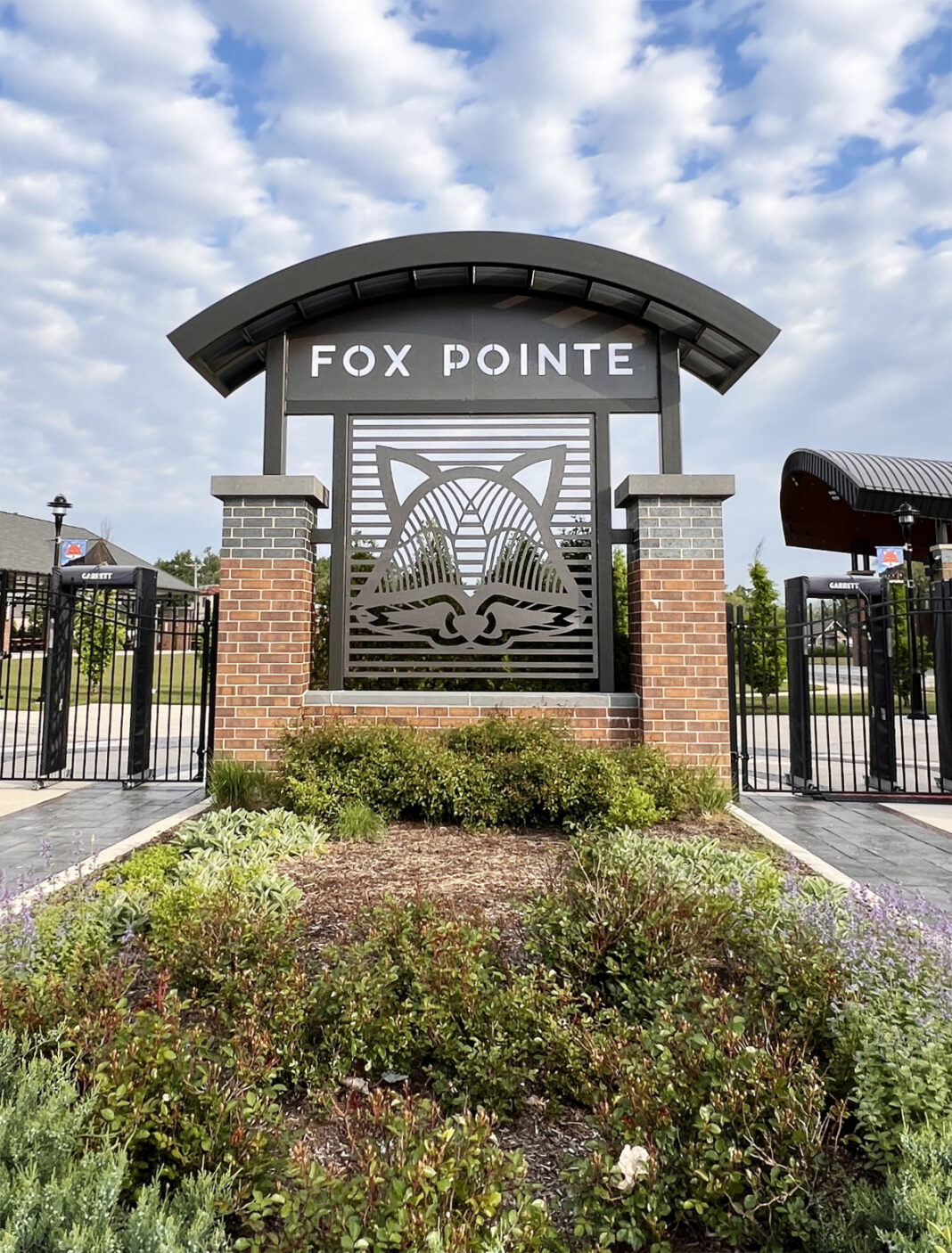 Your guide to a season of music, food, and family-friendly fun

Opening Act: Jack Adams
Hello Weekend rocked the Fox Pointe stage last summer, and they’re coming back to do it again. With a high-energy sound and a catalog that includes hits from modern artists as well as classic rock groups, they are sure to kick off the summer in style. More information is available at www.helloweekendmusic.com.

Opening Act: Brian Mundy
If you like crooned southern rock classics, look no further—Blackberry Jam could be your jam. This Chicago-based band has played at a number of festivals across Illinois and will be bringing their “guitar-driven” sound to Lansing as part of the Wednesday-night concert series. More information is available on their Facebook page: facebook.com/BlackberryJamChicago.

Soul Sacrifice is known throughout the Pacific Northwest as the premier Santana tribute band. Covering hits from the entire expanse of Santana’s discography, this group is scheduled to bring a sultry, smooth vibe to Lansing’s first 2022 Cruise Night. More information about the group is available at thesoulsacrificeband.com. Cruise Night takes place along Ridge Road in downtown Lansing.

Opening Act: Lauren Dukes
When the blues come to Lansing, the whole town has a great time. Chicago’s own blues rock supergroup Funky Mojo Daddy stopped by Fox Pointe during last year’s Blues, Brews & BBQ Fest, and they’re sure to be just as big a hit this time around. To hear some of their tunes, check out their ReverbNation profile at www.reverbnation.com/funkymojodaddy.

Opening Act: Aaron Harris
Coming all the way from Nashville, Tenn., Southern Accents is “the ultimate Tom Petty & The Heartbreakers Tribute Band.” With an outstanding stage presence and an otherworldly ability to recreate some of the most-loved songs of all time, this band is sure to break our hearts in the best way. More information can be found at southernaccentsband.com.

Wednesday, June 29: One of These Nights

Opening Act: Mike Young
According to their website, “One of These Nights does not simply play the music of The Eagles, they become The Eagles.” This band is known around the Chicagoland area and throughout the country for their 2-hour “note-for-note” recreation of countless hits by The Eagles and its individual members. They’re sure to put on another great Fox Pointe show this year. More info is available at oneofthesenightsband.com.

Pairing with Cruise Night, Fox Pointe’s Local Band Showcase will again highlight five local bands in a music-filled marathon from 3–10:30 p.m. The event is free, and will be run similarly to the Wednesday-night concerts.

Opening Act: Jack Adams
As another veteran act at Fox Pointe, Hairbangers Ball knows what it takes to get the town pumped up. Playing all the great hits from the 1980s, this band marries the hair and the style of an iconic decade with an irresistible rockin’ soundtrack. For more information, visit hairbangersball.com.

In what the Village of Lansing hopes will be a “signature fest” at Fox Pointe, Palooza at the Pointe will host a wide variety of musical acts, ranging from classic rock, to big band, to pop music aimed at the teenage crowd. A second stage will be set up on the north lawn as well. The family-friendly event will also feature a video gaming truck and other activities for kids. Multiple food vendors will be present throughout the three-day event, and a small fee will be charged for entry.

A great classical concert can be an otherworldly experience. That’s what the Northwest Indiana Symphony provided last year when they visited Fox Pointe, and we’re looking forward to being uplifted by their skill and artistry again. More information can be found at www.nisorchestra.org.

A nationwide event, Fox Pointe’s version of National Night Out will again invite the community to connect with the Lansing Police Department. In 2021, the event included free food, raffle prizes, a dunk tank, a K-9 demonstration, a bouncy house, face painting, and other activities for local families.

Opening Act: Mike Young
This band has become a staple of Fox Pointe’s summer line-up over the years, and they’re returning to Lansing for another night of playing hits from the ‘60s to present day. But as their website says, their shows aren’t just about the music. Costumes, fictitious characters, and “shenanigans” are just some of what you can expect from Dick Diamond and the Dusters. More information is available at www.dickdiamond.net.

This year will be the third iteration of this fest, which has seen success in 2019 and 2021. What makes this event unique is in the name: multiple blues bands and musicians will perform, a variety of beer options will be available, and barbecue can be bought from a few local vendors. In a change from last year, there will be a small fee charged for this event.

Opening Act: Jake Adams
If there’s any band that will put on a show with a little something for everyone, it’s Libido Funk Circus. What started as a disco-themed cover band in 1996 has evolved into an eclectic, multi-genre group that “loves a good show.” Enjoy hours of flashy clothing and fun music. Visit lfcentertainment.com.

Calling all Parrotheads! This event is resurrected from decades past in Lansing. Guests purchasing a ticket to Cheeseburger in Paradise will not only be securing a burger and a seat to watch Gone to Paradise, a Jimmy Buffett tribute band, they will be supporting a local charity as well. The event will run from 5 p.m. until at least 10 p.m., with Gone to Paradise being one of two bands performing. The ticket price for this event will cover food and go towards supporting a local non-profit.

Opening Act: Mike Young
This five-piece act has played multiple special events, casinos, and fairs, and now they’re gracing the Fox Pointe stage. Get ready to groove with classic and modern hits performed with talent and passion. As their website says, “BBI connects with their audience in the most fundamental way: inspiring people to have a good time!” More information available at www.bbilive.com.

Opening Act: Aaron Harris
It’s a thrill to welcome back to Lansing the wide-ranging talent of Maggie Speaks, a world-renowned cover band. Any classic or contemporary hit is fair game for this group. They’re sure to put on another show that can be heard from the state line! More information at maggiespeaks.com.

The pairing of these two bands is sure to leave Lansing well-rocked at the end of the summer concert series. Little Giant is a ‘60s and ‘70s rock-inspired group with deep Chicago roots whose ultimate goal is “to ‘Keep Alive’ the music and memories from our past” through music. Cloud9 is a group of Chicagoland/NWI musicians playing an eclectic selection of mostly 90s-based material. “If you like bands such as Collective Soul, Stone Temple Pilots, Smithereens, U2, The Cure, etc.,” says their Facebook page, “come check out Cloud9!” More information: littlegiantband.com and facebook.com/Cloud9_Band.

Autumn Fest returns to Fox Pointe this year for two days instead of three. This is the Lansing event that put Fox Pointe on the map, and it includes games, shows, a military tribute, and a marketplace of local artisans.

Fox Pointe is located at 18138 Henry Street in Lansing, Illinois. Current information about the venue and this season’s events is available at www.foxpointe.org.