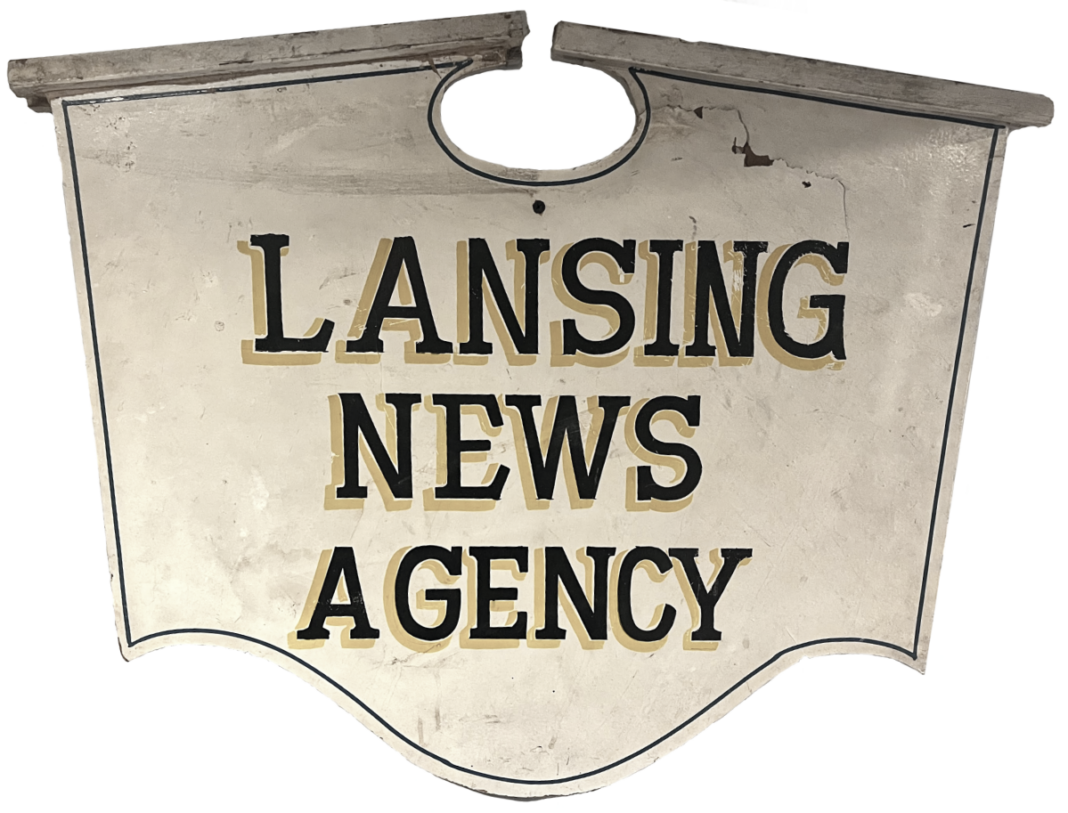 LANSING, Ill. (April 22, 2022) – In days of yore, the newspaper business required a lot more than publishers, journalists, and editors. There were proofreaders, page layout crews, headline writers, typesetters, printers, distributors, truck drivers, and let’s not forget the young carriers, who at that time were called newsboys.

The different departments and separate businesses were not all located in the same building. The town of Lansing was home to not only the Lansing Journal, but also Lansing publishers, Lansing printing companies, and the Lansing News Agency.

The Lansing News Agency distributed the Journal and several other newspapers, including the Chicago Sun and the Hammond Times. The Agency was founded in 1929 by George Dockweiler. He began that business in his small store at 3431 182nd Street (Ridge Road), where he sold tobacco and sundries. In 1946 he leased the store to Leonard W. Holtz but continued to operate his news agency from there. Dockweiler would open at 7 a.m. and Holtz would close at 10 p.m. Dockweiler made it clear that he and Holtz were not in partnership, but the arrangement worked out as a mutual convenience.

In 1949 he sold the store to devote himself full-time to the newspaper dealership, and he moved his business to 18117 William, near the Lansing Journal office. After 1988, there are no more help wanted ads or mentions of the Lansing News Agency in any of the newspapers.

Dockweiler and his wife were very popular and much involved in the community. Their names appeared frequently in the society columns. He was a village trustee for several years, served on the Thornton Township board, and was instrumental in the building of the Schultz American Legion Hall and St. John Lutheran Church. He was also a charter member of the Lions Club, the American Legion, and the Lansing Sportsman Club.

The founder of the original Lansing Journal, Carl Wulfing, owned his own printing press and founded Lansing Printing. After he retired in 1960, he sold the paper to the Calumet Publishing Company, and a whirlwind of changes took place. The Calumet Publishing Company created a new printing division to meet the growing needs of the corporation. They leased a 6,200-square-foot building on Burnham Avenue to house the Suburban Publishers Press. Vernon Ragland recalled that plant as being in an old building across from the Lansing Airport. He was an offset camera operator and printing press plate maker for them after graduation from Thornwood High School.

Bill Bero, who was managing editor for five years at the Lake and William Street location, recalled that printing was being done by LithoType on Chicago Avenue in Lansing, near the river. At some time the paper was also printed by Midland Communications.