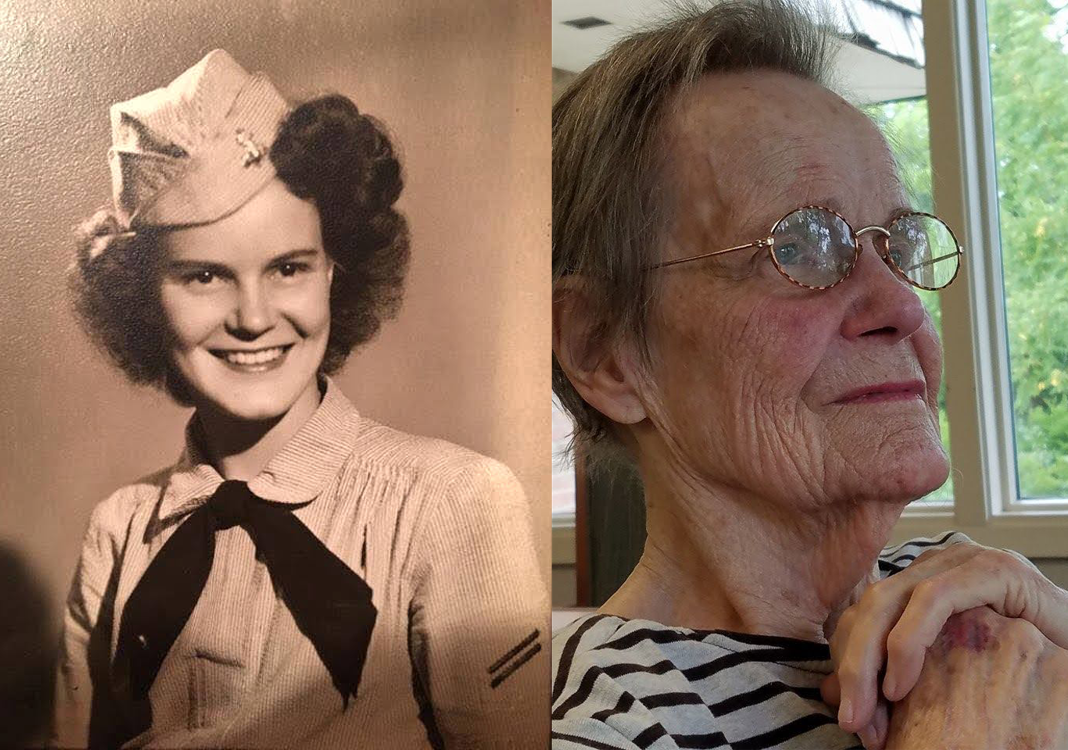 LANSING, Ill. (March 9, 2022) – A tiny Norwegian girl, age 4, stepped onto American soil not understanding English. She and her mother joined their father who had come to America from Norway earlier. After finding a job, he sent for his family. The girl was glad to see her father and said “Hei Pappa.” He told her, “You are in America now. You will speak English.”

May Anderson Walker persevered and learned to speak English by listening to the other children around her as she grew. She learned quickly and eventually graduated from Lindbloom High School in Chicago. Shortly after, she enlisted in the U.S. Navy as part of the WAVES (Women Accepted for Volunteer Emergency Service) program established by President Franklin D. Roosevelt in 1942.

Walker was one of 200 other women who enlisted and were told they would be either a nurse or a trainer. She cringed at the time and thought, “Oh no, no. Not a nurse.” Walker’s daughter Gail Jackson said, “She wasn’t much good around blood.”

After initial testing, Walker was one of 10 women selected to do training, and she was the only one without a college education. Gail said, “She was very modest and would never take much credit for her achievements. She did tell us this: ‘I taught pilots to “fly blind” in a Link Trainer and early flight simulator.’ She never did fly an airplane herself.”

After the war ended, May Anderson married Edward Walker, and they built a house in Lansing where they raised four children. Those children became very proud of their mom. Her son Craig said, “Though she never considered herself special in any way, those around her did.”

Walker loved to sew, and her dream was to become a costume designer for theatre. Although that didn’t happen, her daughter Jackson said, “She did make beautiful costumes for me at Halloween.”

Walker satisfied her creative passion by making dolls and teddy bears. She made and painted the porcelain heads, arms, and legs and attached them to cloth bodies. She sold some of them at craft fairs and made special dolls for her children. Each of Walker’s kids has an angel for the top of their Christmas tree. Gail has one doll that her mother said looked like her, and another was a bride doll Walker made especially for Gail’s wedding.

Walker also collected dolls — Shirley Temple dolls, Wizard of Oz dolls, and lots of bears. Gail once asked her mom, “Mom, why do you collect so many dolls?”

“When I was a child we didn’t have much money,” Walker answered. “When I played having a tea party, I used broken plates. Now, when I’m older and can afford it, I can get the things I like.”

Walker was also an active member in her church, First United Methodist Church in Lansing.

Gail said, “When she was 93 and in hospice, the VFW found out about her. They presented her with a flag; a hand-crocheted red, white, and blue blanket; and an award plaque thanking her for her service.”

Her family said that as she lay in the hospital bed that she knew she would never rise from again, she told them, “I wish I could give you happy memories instead of this illness.”

Her family attested, however, that she brought “happy memories” to everyone she met.