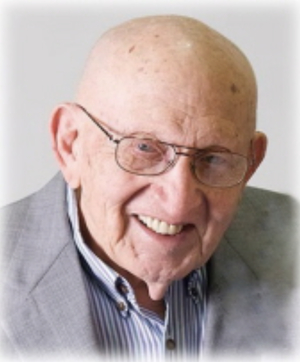 Bernie was ordained into the ministry of the Christian Reformed Church in 1953, serving churches in Hills, MN, Ferrysburg, MI, and Muskegon, MI. He served as a chaplain in the U.S. Air Force from 1957 to 1960. He also served as missionary to Argentina from 1964 to 1972, Honduras from 1972 to 1979, and as Secretary for Latin American Missions for CRCWM from 1979 to 1985. He retired in 1994 and subsequently performed ministry in healing work with various churches. He preached in the Lansing, IL, area whenever he came to visit family.

Bernie’s strongest characteristic was his deep and abiding love for his Lord, and his desire to share the good news of God’s love with all he met. He was an avid golfer and gardener, an excellent woodworker, and he loved to camp. One of his greatest joys was leading Bible studies in a variety of venues.

Memorial gifts in Bernie’s name may be made to World Renew or Resonate Global Mission.