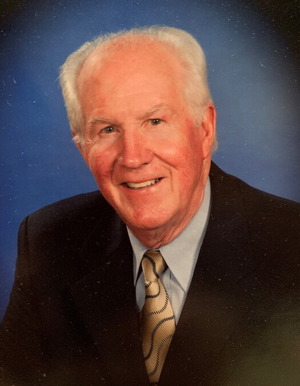 Richard spent his entire life in Griffith. He attended Highland Christian School and Illiana Christian High School, where he met his loving wife. Following high school he entered the family business, Terpstra’s Feed Store. Under the ownership with his brother Don, Terpstra’s Lawn and Garden became Terpstra’s Sales and Service. In 1976 he started Terpstra’s Blue Water Marine which he operated with the help of his sons. Richard loved to talk with people. A favorite aspect of being a business owner was getting to know his employees and customers. It was important to Richard to share the gospel with those he met, and he used each opportunity given to him.

Rich was always active in his church. He served as an elder, a Cadet counselor, a leader in Men’s Society, and a Catechism teacher. He was a firm believer in Christian education and served on school boards and committees. Richard was very pro-life and believed all life is sacred and a gift from God. He was active in and supported the Right to Life organization. Richard went on several mission trips to Nicaragua, Honduras, and Belize. He loved to be outdoors in God’s creation, hunting, fishing, gardening, boating, and spending time on his hobby farm in Lake Village. This gave him opportunity to relax and build relationships with his children, grandchildren, and friends. As a grandpa, he loved to cheer on his grandkids at their sporting events and concerts.

Richard loved to learn and was an avid reader about many different topics, especially his Bible and theology books. His sons have said, “Losing him will be like losing the original Google.”

Visitation will be on Friday, February 25, 2022, at Hillside Funeral Home & Cremation Center, 8941 Kleinman Rd (one block south of Ridge Rd) in Highland, IN, from 3pm to 8pm. Saturday, February 26, 2022, from 10am to 12pm at Community United Reformed Church, 8405 Alexander St, in Schererville, IN, with the funeral immediately following. A luncheon will follow. Family burial will be on Monday, February 28, 2022.

Memorials may be given to the Christian school of your choice.