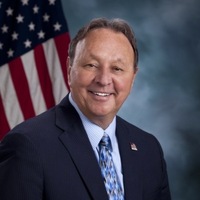 A graduate of Thornridge High School in South Holland, Zuccarelli went on to enlist in the United States Air Force in 1969 where he proudly served as a medic in Vietnam through 1972. After his time in the service, he attended Thornton Community College, now South Suburban College, to which he was elected to the Board of Trustees in 1978 and has been board Chairman since 1987.

In 2019 he received the ICCTA service award recognizing his 40 years of service as a trustee and maintained his devoted position on the board until his death. In addition to his role at South Suburban College, Zuccarelli has served as Thornton Township Supervisor since 1993 and Thornton Township Democratic Committeeman since 2002. The esteemed award of Township Supervisor of the Year has been presented to Zuccarelli in 1996, 2007 and 2012.

Zuccarelli’s love for his community was deeply reflected in his work, where he created programs providing jobs, health services, and food assistance. These programs impacted many, from teens to senior citizens. His supporters, often referred to as “The Z Team,” were known to mob him for hugs, kisses, and handshakes.

His friends and family remember his unwavering loyalty and giving heart; a constant pillar of strength and support to those he loved. He will be so greatly missed.

Visitation will be held on Friday, January 14, 2022, from 3 – 8 p.m. at the South Suburban College Fieldhouse, 15800 S. State Street, South Holland, IL 60473. A funeral service will be held on Saturday, January 15, 2022, at 10 a.m. at the South Suburban College Fieldhouse. Following the funeral service, the family will leave for a private burial service. Memorial contributions may be given to Donate Life. Arrangements are entrusted to Smits Funeral Home – South Holland, IL. For further information, please call 708-333-7000 or visit our online guestbook and memorial at www.SMITSFH.com.