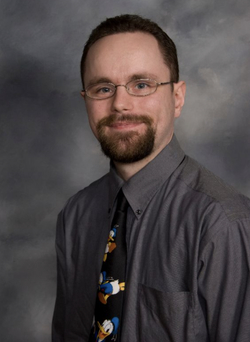 Michael was a true friend to many and will be greatly missed by all. Michael received his degree in computer science and had a real passion for building and working on computers. He was always helping family and friends by fixing and/or upgrading their computers. They all knew they could count on him to fix whatever “bugs” their computers had and have them running like brand new!

In his spare time Michael loved playing video games, watching WWE/AEW/ECW wrestling and horror movies, and listening to metal music. A couple of his favorite bands were Whitesnake and Jefferson Airplane/Starship. He also liked attending concerts at Fox Pointe in Lansing and hanging out with his friends. His favorite football team was the Raiders, and he was a fan of the Chicago White Sox. He loved playing fantasy football and giving you player’s stats. Michael was also known for his witty sense of humor and sarcasm. From a young age he loved Scooby-Doo, Donald Duck, and building Legos. One of his favorite past times was building Legos and watching Scooby-Doo and wrestling with his nephews, Scott & Zack. He also loved making late-night trips to Taco Bell with his niece, Amber. He was such a wonderful, fun loving uncle to them.