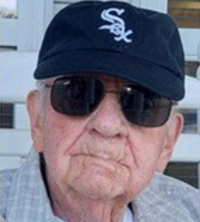 James Otis Judge, age 88, of Tullahoma, TN, departed this life on Friday, October 1, 2021, at Ascension Saint Thomas in Woodbury, TN, following an extended illness. Mr. Judge was born in Winchester, TN, to the late William Luther Judge and Shirley Irene Campbell Judge on June 20, 1933. He went to visit relatives in Illinois at the young age of 14 and decided to stay. He joined the United States Army and served his country during the Korean War. Mr. Judge was employed for approximately 44 years at Acme Steel Company until his retirement. He was a member of the Good Shepherd Lutheran Church in South Holland, IL, belonged to the American Legion Post #1070 in Thornton, IL. In his younger years he enjoyed bowling and was an avid fisherman. He was a fan of the Chicago White Sox and the Chicago Black Hawks.

A graveside service is scheduled for Thursday, October 7, 2021, at 11 a.m. at Holy Sepulchre Cemetery & Mausoleum in Alsip, IL, with Military Honors bestowed. The service will be live streamed at https://www.facebook.com/SmitsFH.

In lieu of flowers the family requests donations be made to one of the following: Good Shepherd Lutheran Church, 16500 Woodlawn E. Church Avenue, South Holland, IL 60473, American Legion Post 1070, 109 Williams Street, Thornton, IL 60476 or to a charity of your choice.