Jeffrey arrived in eternity on Thursday, September 23 at the age of 64. He was given God’s gift of an earthly life on November 11, 1956, when he was born to John and Marge Michels, where he lived his entire life in Thornton. He was also given God’s gift of eternal life when he was baptized into the Christian faith on December 23, 1956, at St. Paul Evangelical Lutheran Church in Thornton by Pastor H. Hardt. On March 22, 1970, Jeffrey renewed his baptismal covenant when he was confirmed by Pastor T. Staudacher. He was a lifelong member of St. Paul’s.

Jeff enjoyed baseball and was a member of the Thornton Little League and Pony League and served as an umpire years later. He graduated from Wolcott School in 1970. As a result of a growing population and the building of new schools, he had the unique experience of attending all three (Thornton, Thornridge and Thornwood) High Schools in District 205 as the process evolved. He graduated from Thornwood in 1974. His love for music and golf were only surpassed by his unique sense of humor and great love for fishing.

He attended Eastern Illinois University and graduated from Loyola with a degree in Finance. He owned his owned trucking business, JS Michels Cartage.

Jeffrey is survived by his sister Michelle, brother Steven (Laurie), niece Cassandra and many aunts, uncles and cousins. He was preceded in passing by his parents and brother, Kevin.

Jeffrey arrived in eternity on Thursday, September 23 at the age of 64. We celebrate not only the life the Lord has given Jeffrey, but also the faith He gave him as well, in which he knew Jesus Christ as his personal Savior. 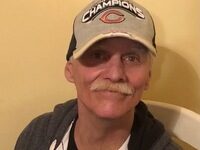 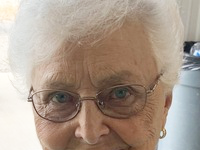