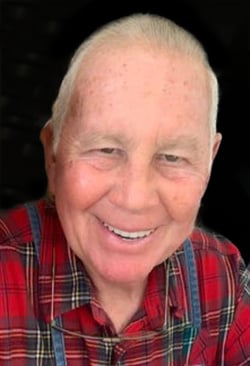 George Beswick, formerly of Lansing, Illinois, passed away suddenly in Winter Haven, Florida, after a 13-year battle with cancer. He is survived by his wife Cindy DeLoach Beswick, his daughter Julia Beswick, two granddaughters Audrey and Tami, two brothers Thomas and Richard, and a sister Doris. George was preceded in death by his father Rev. Wilbur Beswick, former pastor of First Baptist Church of Lansing; his mother Loraine Beswick; and his youngest brother Steven.

George was born on January 5, 1949, in Macomb, Illinois, and he moved to Lansing in 1964. He graduated from TF South High School in 1967 and then joined the US Navy for four years as a mechanic on F14s. He served on the USS Midway off the coast of Vietnam.

George came back to the Lansing area briefly after his military service, moving to Florida in 1973, where he lived for the rest of his life. He worked as a supervisor at a construction company, and he was a member of the Carpenters Union and served as its president. George was also a member and board member at the Flywheelers in central Florida for many years, and he enjoyed the tractor shows and Christmas light shows they put on for charity. He was active in his church, and he enjoyed motorcycle riding, competition barbecue, and spending time with his family. George was dedicated to his granddaughters and all of his family. He loved them all deeply.

George was given a military funeral and is buried in a veterans cemetery in Bushnell, Florida.