“Nobody should be made to feel ‘less than’ for how they express themselves – so in Illinois, we’re making it so school uniform and dress code policies in Illinois cannot prohibit or restrict hairstyles historically associated with race, ethnicity, or hair texture,” said Pritzker. “Today, we are adding to the progress we’ve already made by allowing students of color to embrace the power of their heritage rather than compromise their identity. This is yet another way Illinois is making powerful strides in transforming the culture of our schools.”

The bill prohibits school uniform and dress code policies from restricting hairstyles such as braids, locks, and twists. The bill requires the Illinois State Board of Education (ISBE) to provide schools with educational resource materials to teach about protective hairstyles. The materials will be developed in consultation with stakeholders and will be made available on ISBE’s website. 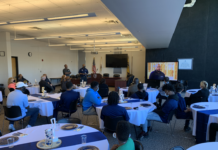