LPD responded to an alarm at the gun shop shortly before 7 a.m. on Monday to find a man attempting to break into one of the store’s south windows. The 35-year-old Chicago man also used his vehicle to attempt to break through the window, said LPD.

Unable to enter the property, the man attempted to drive away but was stopped by Lansing Police on Ridge Road where he was taken into custody, according to the department.

LPD said the man did not share what his intentions were had he successfully entered the property.

The Chicago resident was charged with criminal damage to property. The department said the charge was increased from a misdemeanor to a felony because more than $1,500 of damage was done to the Pelcher’s property.

LPD said the man does have a criminal record. 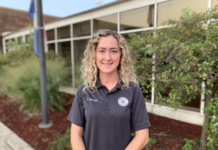