LANSING, Ill. (July 27, 2021) – Amid a slew of retirements, the Lansing Police Department is now much closer to being fully staffed after swearing in six new police officers Monday night.

The group of six took the oath in the Village Courtroom at the Lansing Police Department Monday evening, surrounded by family, friends, and future coworkers.

“You guys are going to be public servants,” Chief Al Phillips told the six men. “So get that in your head right now. We’re not going to be chasing down bad guys every single day. That’s a small part of your job. We’re here to serve our public and give them what they need.” 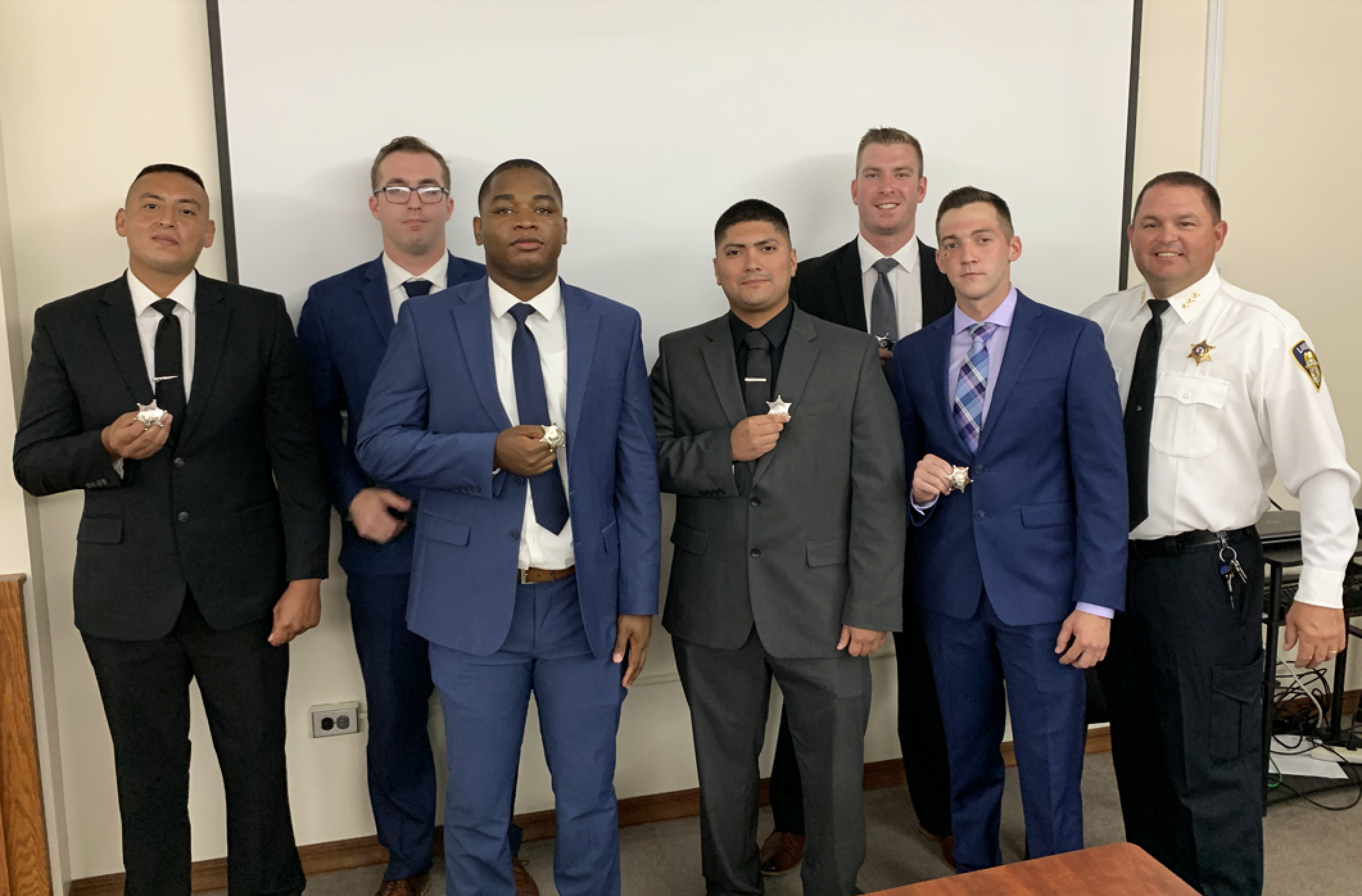 Phillips introduced each new officer and provided a brief bio:

Jim Litrenta — The 26-year-old is from Tinley Park and has two years of previous experience serving as an officer in Hinsdale.

Jose Vera — Vera is a former Chicago police officer, and a U.S. Marine. The 34-year old is married and has a son.

Ladarius Nolan — A recent academy graduate, Nolan is 22 years old and is from Crete.

Jacob Bodnar — The 28-year-old is from Homewood, and has served as a U.S. Marine.

Nicholas Bedtka — Bedtka is 23 years old and is from Plainfield. He is an Army National Guardsman.

Michaelangelo Alvarez — Alvarez has experience with the Griffith Police Department and is 25 years old. He has served in the U.S. Army.

After the six took the oath of office, Phillips exhorted them: “You work hard for your community, you support your community, and they will support you. I don’t care what’s going on in the rest of this country. Our citizens care about us. … They’re here for you, and we’re going to be here for them.”

According to Phillips, prior to Monday’s swearing-in, the Lansing Police Department was roughly 10 officers short of the 61 required to be fully staffed, a shortage due largely to retirements.