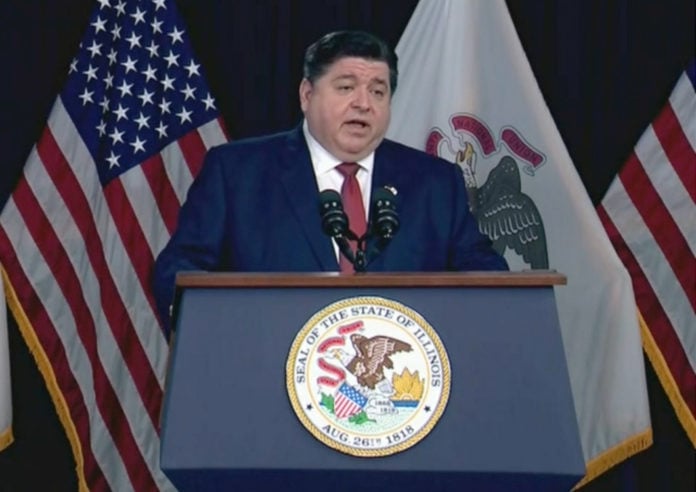 CHICAGO, Ill. (July 15, 2021) – Illinois Governor JB Pritzker signed a package of legislation Thursday that he claims puts Illinois at the forefront of the work to bring about true reform to the state’s criminal justice system.

“An essential tenet of good governance is recognizing the need to change the laws that have failed the people they serve,” said Governor JB Pritzker on Thursday. “The four bills I’m signing today advance the rights of some of our most vulnerable in our justice system and put Illinois at the forefront of the work to bring about true reform. Together, these initiatives move us closer to a holistic criminal justice system, one that builds confidence and trust in a system that has done harm to too many people for far too long.”

Senate Bill 2122 makes Illinois the first state in the nation to bar law enforcement from using deceptive tactics when interrogating young people. National law enforcement organizations and training agencies have advocated against them, arguing that deceptive interrogation techniques increase the likelihood of a minor making a false confession.

While the use of deceptive tactics was deemed permissible by the judiciary in 1969, today members of both the 7th Circuit Federal Court of Appeals and Illinois Court of Appeals have condemned the use of deceptive practices when interrogating minors because of the risk it poses in producing false confessions, according to the Cook County State’s Attorney’s Office. SB 2122, which goes into effect January 1, 2022, outlaws this practice. The bill is sponsored by Senator Peters and Representative Slaughter.

Senate Bill 64 encourages the use of restorative justice practices, moving away from a punitive system of mass incarceration to a system that repairs harm and addresses trauma.

The legislation makes restorative justice a more viable option for survivors, cultivating safer spaces, where individuals can speak freely without fear that their words will later be used against them. It takes effect immediately.

Illinois first began using restorative justice practices in 2017. Examples include mediation between the victim and offender, a conference between supporters of both parties in the crime, and a listening panel between the offender and members of their community.

Specifically, the legislation allows prosecutors to motion to resentence defendants in the interest of justice and gives the court discretion to re-sentence to a lesser term of imprisonment.

Under SB 2129, victims of the crime will still be afforded all the rights outlined in the Rights of Crime Victims and Witness Act and a resentencing under the changes will not allow for the reopening of the defendant’s conviction.

The bill also allows the court to consider post-conviction factors, including prison disciplinary records, evidence of rehabilitation, and reduction of a risk to society due to age or physical condition, among others.

The legislation has the potential to lower sentence lengths which could result in a lower prison population level. SB 2129 takes effect January 1, 2022.

The Resentencing Task Force will meet no less than four times and shall provide recommendations for legislation to the General Assembly and the Governor’s Office on or before July 1, 2022. The Illinois Sentencing Policy Advisory Council will provide administrative and technical support for the task force and is responsible for appointing a chairperson and ensuring the requirements of the task force are met. The task force has 15 members, three of which are to be retired judges appointed by the Governor, each representing a different judicial circuit or district. HB 3587 takes effect immediately.

“Today is about putting words into action as we continue to work to correct the wrongs of the past – wrongs inflicted by law enforcement, including prosecutors,” said Cook County State’s Attorney Kim Foxx. “True reform requires that lawmakers and prosecutors revisit past practices that have caused harm to ensure they never happen again. I commend the bill sponsors and advocates for championing the legislation and Governor Pritzker for advancing justice in Illinois.”

The Lansing Police Department declined to comment on the bills’ signing.