LFD arrived at the scene at 1:54 to find a two-story single-family home showing smoke from the second floor.

Local resident Clem Lessner was present at the scene and described the fire as “smallish” and “smokey.”

LFD Deputy Chief John Grady said the initial crew attacked the fire from the interior of the house, getting it under control in approximately 15 minutes.

“Our crews got there quick, did some good quick work, and got it done pretty quickly,” Grady said.

He said no injuries were reported, and two dogs were rescued from the home.

Lansing Fire was assisted by the Lynwood, Thornton, and Calumet City Fire Departments.

The Lansing Fire Department is currently investigating the cause of the fire. 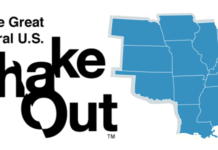