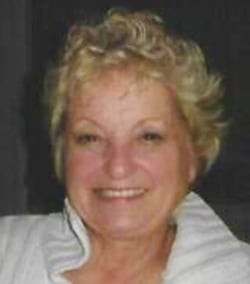 Anna Villafane, some of you may have known her as Annie, was reunited with her daughter, husband, and the rest of her family who preceded her, in heaven. In her 70 years she lived a very full life, replete with ups, downs, and numerous detours. Anna was born in Hobart, Indiana, in 1950, and married Hector Villafane Jr. in 1969. In 1971 Hector and Anna welcomed their first daughter Carmen to their family. Anna would go on to have Joni in 1981 and Raquel in 1983.

Anna was a devoted wife, mother, grandmother, and caregiver. She especially enjoyed the time she could spend with her grandchildren in both Illinois and Florida. Anna was a survivor in numerous ways, a parent of a special needs child in the 1970s, a widow, a breast cancer survivor, and various other “life isn’t fair” situations, and still she remained a model of perseverance and resilience. Anyone who knew her could attest to her “toughness.”

She experienced life in a way that threw at her numerous hardships, and she never stopped moving forward. She spent the time that another person may have spent feeling sorry for themselves or asking “why me?” on living and moving forward.

Anna was also a pet parent to numerous dogs, all of whom she loved dearly. Anna also had a fondness for squirrels. She had a fondness for hummingbirds as well, so much so that she got a tattoo of a hummingbird while visiting her daughter in Florida. Anna lived in numerous places including the U.S. Virgin Islands (where she lost her wedding ring snorkeling around barracuda), Ann Arbor, Michigan, and Chicago, Illinois. Anna worked, for a time, at Roosevelt College in downtown Chicago, a job that she enjoyed greatly. She enjoyed jazz music, and diet coke. Memorial services for Anna will be scheduled for July.