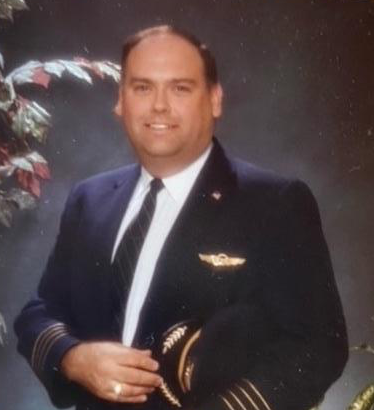 Capt. Scott A. Leigh, a United Airlines pilot for over 31 years, passed away Sunday, July 4, 2021, at Community Hospital in Munster, IN. Scott was born February 11, 1960, in Arlington, Virginia to parents Roger Leigh and Sonjo Zollars Leigh (Cronson). Springfield, Illinois became his home at an early age, graduating from Southeast High School in 1978. The path in his life always led to his flair and love for flying and at the age of 14 years, he attained his Ground School Degree. He graduated from Southern Illinois University in Carbondale, IL with his pilot’s license, as well as flight instructor’s license and marketing degree. While in college, he was the pilot for National Geographic to film the migratory path of geese into the Yukon. Scott was a pilot for the State of Illinois before joining United Airlines which resulted in 31 years as Captain.

Scott could light up a room with his smile, warmth, and love for people. Helping others made him the happiest, and he did that to the fullest all of his life. Scott’s strong faith in the Lord and his belief in prayer gave him the strength to not give up ever walking or especially flying again. He pursued rehab endlessly but the transverse myelitis he was struck with in 2018 took its toll.

Scott leaves behind his wife Marlinda Morales-Leigh, daughter Miah Morales, mother Sonjo Cronson of Pensacola, FL and many cousins. Scott was preceded in death by his father Roger Leigh. May that last flight into the white clouds and beyond bring him peace.