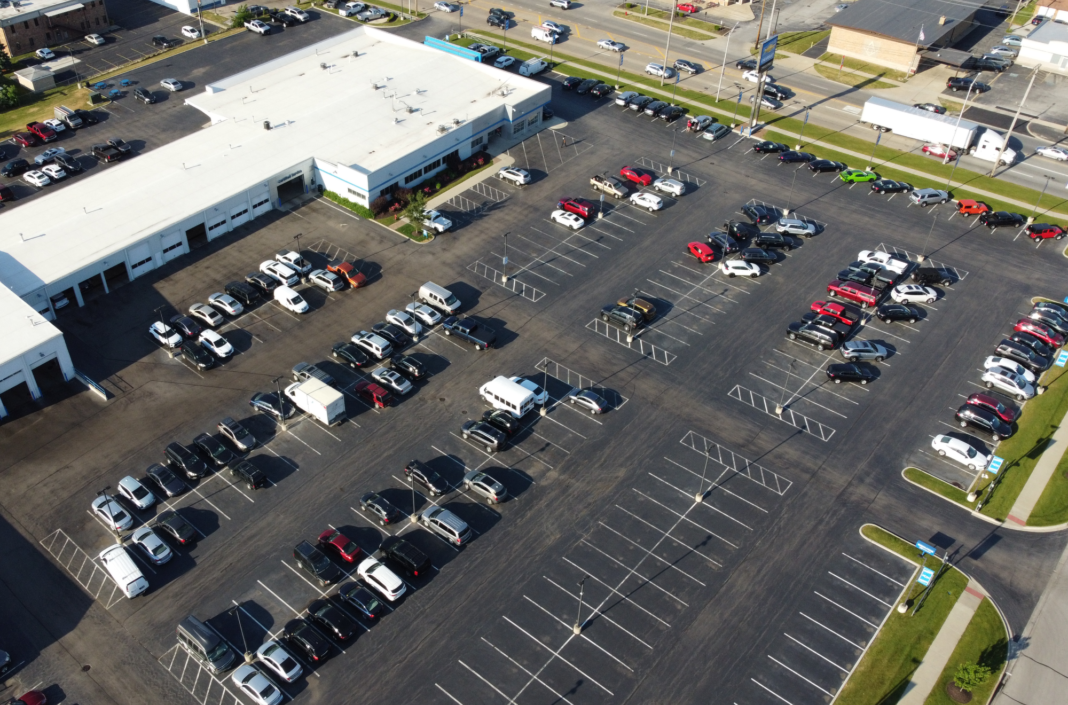 No, not a 90% price reduction. The dealership has a 90% reduction in its new car inventory, with only one tenth of the amount of new cars on the lot as usual. Whereas Phillips would usually have around 500 new vehicles packed into its lot, the dealership now has around 50.

Phillips Chevrolet isn’t the only one. Napleton’s River Oaks Chrysler Dodge Jeep Ram in Lansing usually boasts a couple hundred cars in its lot. Now, there are few more than 75.

The shortage of new cars is a fruit of many causes, the main one being the COVID-19 pandemic.

Microchips and other shortages

As has been reported by national media outlets like USA Today and Forbes, there is currently a microchip shortage in the United States, and the auto industry has been significantly impacted by the deficit.

As new cars include more electronic elements, more microchips are needed. Electronic windows, windshield wipers, and overhead lights are all simple amenities in cars nowadays, but none can function without microchips.

“Each car could have up to 100 or 150 semiconductors — microchips — in them. And some of these are like $5 chips,” said Phillips Chevrolet General Manager Mike Maheras.

The COVID-19 pandemic not only temporarily shut down overseas factories that manufacture microchips, it also increased demand for microchips found in laptops, tablets, and other electronics. Some manufacturers started producing less microchips designed for cars, and more needed for household electronics. The now-infamous Ever Given cargo ship blockage of the Suez Canal also likely had some impact on the current shortage.

Mike Mizwicki, Regional Platform Manager at Napleton Automotive Group, said that microchips aren’t the only shortage some manufacturers are experiencing: “Some of our manufacturers are having foam shortages in the foam they use to make the seats. The common talk is the microchips — because that is a big issue — but I think there are a lot of issues. COVID has disrupted the entire vendor network.”

Although there aren’t as many cars on the lot, Phillips and Napleton dealerships are still seeing a large demand for new cars.

“In general, this has changed how we do business,” Mizwicki said, explaining that the traditional model of car buying in person in a lot full of hundreds of cars is becoming less popular.

“We’ve gone to a more ordering-type mentality. … We have a pipeline of vehicles coming and we’re pre-selling more than we ever have,” he continued. “It’s kind of like Amazon. You just go online, you look at it, and you order it.”

Maheras said Phillips Chevrolet is operating much the same way.

“The demand is huge right now,” he said. “We have plenty of inventory in the queue, you just may not take delivery the day you go into the dealership. It may be a week, it may be two weeks, it could be up to 45 days. But the best part is no one else will test drive your car, it’ll be like it’s coming down the assembly line just for you.”

Maheras said Chevrolet is currently building cars “shy,” meaning they’re building vehicles without microchips, and adding the microchips in when they become available.

An effect of the lack of new cars available, used cars have become more valuable.

“Trade-ins have never been worth more,” Maheras said. “If you bought a car a year ago, you can get what you paid for it on trade-in.”

Though the new car shortage has changed business for the time being, both Maheras and Mizwicki believe the inventory is going to slowly start increasing as manufacturers begin to catch up with demand.

“I hope we would learn from this COVID experience, and it will change our business forever.” Mizwicki said, explaining that the ordering model of buying a car is often better from the dealer’s perspective, with less room for negotiation and more opportunity for customers to customize their vehicles.

“The reality is, it will probably get back to the way it was pretty quickly,” he added.

Regardless of how much the new normal eventually resembles the old normal, Mizwicki and Maheras agree: the current automobile market is unique in a way both of them have never seen before in their combined 50-plus years in the industry.