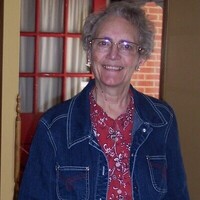 Marcia was born Lois Marcia Hertel to Bill and Margaret Hertel, but she always went by “Marcia.” Call her Lois only if you want to get on her rare bad side! She graduated from Calvin College with her degree in education. Marcia and Rich met at a missions group and married in June of 1962. She taught at West Side Christian School until she moved with Rich to Illinois. Marcia and Rich lived in South Holland and raised their four daughters before they moved to Munster and eventually Grand Rapids, MI. Marcia went back to school later and earned her Master’s in Special Education. Her goal was to teach the way you learn, and she was almost as dedicated to that as she was to lifting others up in prayer.

We praise God that Marcia is with Him and that He is our rock and our salvation. Her greatest wish would be for you to know her Lord and Savior as your own so that some day, you many join her in His glory.

The family would like to thank the staff at Edison Christian Health Center for their love and care to Marcia over the last three months.

If you wish, memorial contributions may be made to Roseland Christian Ministries or Samaritan’s Purse.