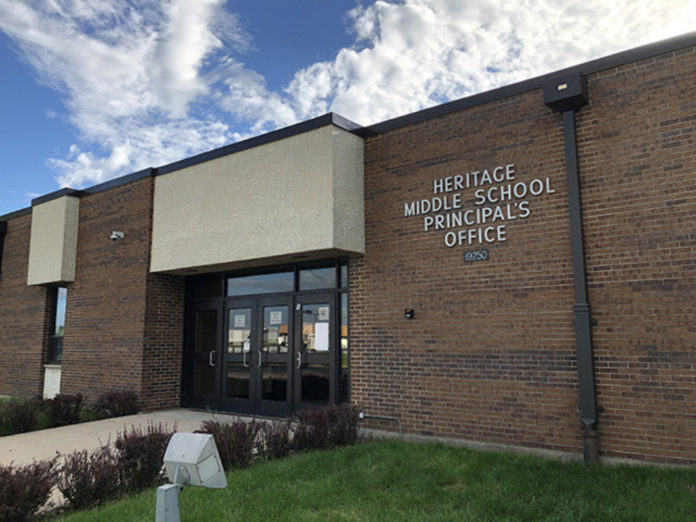 LANSING, Ill. (April 21, 2021) – The District 171 School Board approved more than $700,000 earmarked for projects both inside and outside the schools at Monday’s meeting.

District 171 will tear up and repave the parking lots at both Heritage Middle School and Nathan Hale Elementary. The board awarded the $655,269 bid to Site Service Inc. of Highland, Indiana.

Superintendent Dr. Erika Millhouse-Pettis said both lots have been prone to flooding and are quite uneven. Potholes and cracks have been patched and repaired many times over the past 17 years, but it came time to completely repair the lots.

The work will be completed over the summer to minimize any inconveniences caused by the construction, Millhouse-Pettis said. The Heritage lot will be done first, and then it will be Nathan Hale’s turn once summer school is over. She said the paving will be paid for out of state grant monies and what District 171 has saved up.

New band instruments lockers and music library cabinets at Heritage will also be paid for by grants and district savings. The board unanimously approved that project at a cost of $46,314.

Millhouse-Pettis believes Heritage has the original lockers and cabinets from when the school first opened in 1978.

“We welcomed a new music teacher at Heritage this year, and while evaluating our music resources found multiple broken music instruments and discolored sheet music,” she said. “The music room had probably been getting the least amount of TLC. We’re doing as much as we can to modernize our schools.”

Other District 171 improvements and updates

She noted other recent improvements, such as new restrooms at Heritage, upgrades to its gymnasium, painting throughout the school, and a new exterior sign. District 171 is now planning to seek bids for a new heating and ventilation system at Nathan Hale.

In other news, District 171 has scheduled a special meeting on April 28 to swear in its newly elected school board members.