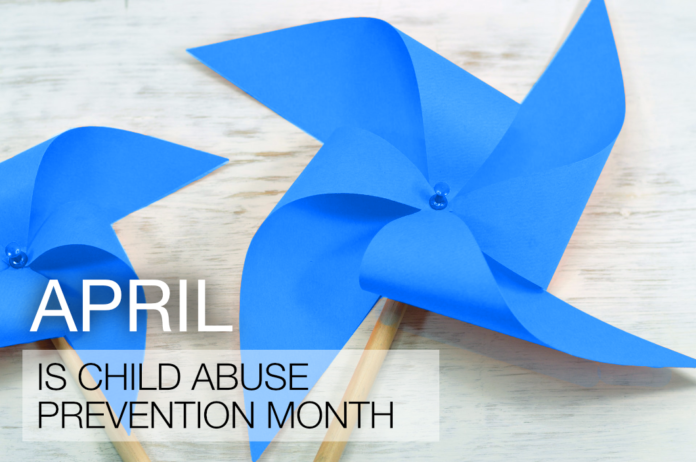 Valerie McDaniels has spent much of her life fighting child abuse, hopes April will be more widely known as Child Abuse Prevention Month

LANSING, Ill. (April 7, 2021) – The month of April is Child Abuse Prevention Month in Illinois, a month focused on the idea that every child should be able to grow up in a safe and nurturing environment. One Lansing resident has dedicated her professional life to being an advocate of child abuse prevention, and she has continued her advocacy in retirement.

With a nearly 39-year career in child welfare, Valerie McDaniels continues to serve the needs of children past her 2015 retirement. McDaniels currently serves on the Executive Board of Prevent Child Abuse Illinois as secretary.

She started her career working in a facility for young girls. For the girls, seeing a woman married and with a child in a loving home environment was life-changing.

“That was a great start to my career,” says McDaniels. “The girls took to my family, and it impacted their life in a positive way.”

From there, McDaniels has served in a number of roles in the child welfare realm including in the state investigation unit for DCFS IL, a lead worker, a supervisor, a manager, administration, a social deputy, and she’s handled case management for foster care. In addition to her career, she has worked with various university boards such as Illinois State University and University of Chicago.

“When you embed your life into children and their families, just because you retire does not mean the passion ends,” McDaniels said.

The history of child abuse prevention can be traced back to Mary Ellen Wilson. According to History of Yesterday, Wilson was the first documented case of child abuse in America in 1874. A Methodist missionary named Etta Angell Wheeler was sent to check on her and saw evidence of severe physical abuse, malnourishment, and neglect.

With local authorities not taking action, Wheeler reached out to Henry Bergh, the founder of the American Society for the Prevention of Cruelty to Animals. Wilson’s guardians were taken to court, where they lost custody and received jail time for their actions. The aftermath of the case eventually led to creation of the New York Society for the Prevent of Cruelty to Children.

Decades later in 1972, Donna J. Stone started the National Committee for Prevention of Child Abuse in Chicago. In 1999 its name was changed to Prevent Child Abuse America.

According to Prevent Child Abuse, since 1983 millions of Americans have shown support for child abuse prevention by planting pinwheels, tying blue ribbons, and organizing trainings and fundraisers. These and other activities are designed to spread the message that all children deserve to grow up in nurturing and safe homes.

The Pinwheels for Prevention campaign started in 2008. According to Prevent Child Abuse, pinwheels were chosen because they “represent childlike whimsy and lightheartedness and our vision for a world where all children grow up happy, healthy, and prepared to succeed in supportive families and communities.”

For McDaniels, the switch from reactive measures to proactive measures in child abuse prevention has shown her a new approach. As stated in a report by Prevent Child Abuse America, the child abuse and neglect cost the nation $80 billion in 2012. These costs were associated mental health services, emergency/transitional housing, and other services. Such costs are all preventable with early intervention.

“My years in child welfare have always been post-abuse. Prevention is making sure it never happens,” McDaniels said.

For McDaniels, solutions must be found to keep children safe in their homes. She believes education is one way to prevent child abuse. Vigilance is also key factor in prevention, she says, even when abuse might not otherwise be expected. “One of the biggest challenges we face as a society is getting people to believe it happens,” she said.

In a recent press release from the Illinois Department of Children and Family Services, Executive Director of Prevent Child Abuse Illinois Denise McCaffrey said, “This year more than ever, it is important that we raise awareness about child abuse prevention and create positive supports for parents and caregivers. April is the perfect time to share that message that all children deserve happy, healthy childhoods, and we all have a responsibility and a role in protecting children.”

In addition to wearing blue to show support and raise awareness, McDaniels encourages the community to support each other as a way to help prevent child abuse. Parents who are struggling and don’t know where to find support may take their frustrations out on their children.

“We can support our neighbors. It can be hard at times, but families are in need of food, clothing, and other basic needs. It’s cheaper to help children and families in the beginning rather than … pay extra for prison time at the end,” McDaniels said.

Though April is recognized as Child Abuse Prevention Month, the safety of children is essential all year round, she says.

To learn more about child abuse and prevention strategies, visit preventchildabuseillinois.org. In cases of suspected abuse, the IL child abuse hotline is 1-800-25-ABUSE (1-800-252-2873).