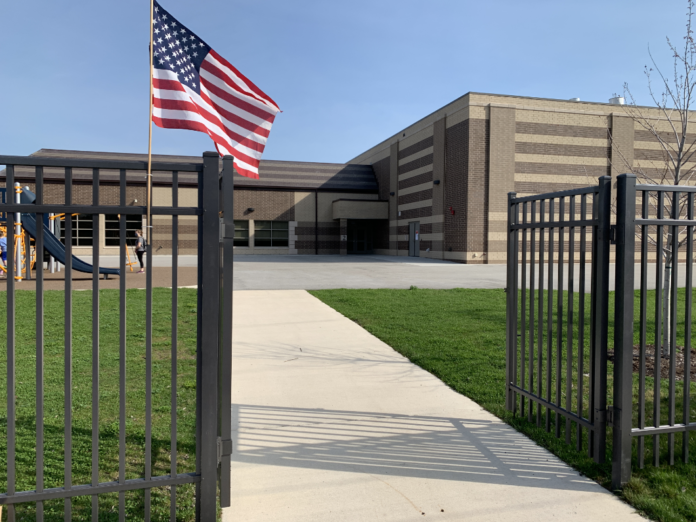 LANSING, Ill. (April 6, 2021) – Most polling places in Lansing closed at 7 p.m. on election night, but the four precincts located at Coolidge Elementary School stayed open til 8 p.m. because of a morning delay that left some voters unable to cast their ballots.

The problem at Coolidge

Typically, all the equipment at a polling location is set up prior to election day, often the night before. According to multiple election judges, when they arrived at Coolidge on Monday night, all the doors were locked and they were unable to set up their equipment in the cafeteria for election day. Some election judges said they waited for over an hour while trying to contact custodial staff at the school.

In a somewhat conflicting report, according to a source present near the polls early Tuesday, a regional supervisor said on Tuesday morning that voting equipment was not set up on Monday night due in part to some higher-ranking election officials not showing up.

On Tuesday morning before the polls opened, election officials arrived and had to set up their equipment and make sure all of their machines and computers were properly connected. This process hadn’t yet finished when the polls opened at 6 a.m., causing delays for voters in the four precincts housed in Coolidge — 16, 51, 56, and 65.

Although paper ballots were available for early-morning voters, those ballots are submitted into a machine, which was not functioning as voting first began. Some voters were asked to wait to submit their paper ballots until the machine was functioning, which took too much time for voters who needed to be somewhere else.

One such voter was Brittany Biesboer. When her dad told her that the machines weren’t working around 6 a.m., she figured the issue would be fixed by 6:30, when she arrived. After filling out her paper ballot, she waited until she was forced to leave to get to work on time.

“They said the scanner was not up and running. So I had to go to work so I left at 7:30, and they cancelled my signature on the voting thing, so I came in now to do it,” Biesboer said on Tuesday afternoon outside the polling location.

Another voter who struggled early on Tuesday was Cam Harvey. His wife Megan, who voted shortly after 9 a.m., said her husband tried twice to vote before going to work on Tuesday morning and was unable to both times.

“He came close to 6 a.m., and they weren’t ready, and he went and got breakfast, came back by the house, went out again, and they still weren’t ready around 7 a.m.,” she said.

Even as Megan voted around 9 a.m., her precinct seemed to be having connectivity issues, and her voting experience took significantly longer than some others’ did.

Election officials at the location said some early morning ballots were placed in a secure ballot box to be counted later.

According to poll workers and others at the location early on Tuesday, fewer than 25 people were affected by the morning delays.

A head election official at Coolidge said she was overseeing a skeleton crew compared to what she was supposed to be working with.

Making up for lost time — via court order

Polls were fully functional at Coolidge by 9 a.m. and voting proceeded as normal. Village candidates, however, contacted Lansing’s Village Administrator Dan Podgorski to explore legal options to keep the location open longer, given the time and voters lost in the morning. Podgorski contacted Village Attorney Matt Welch, who worked to secure a court order that would keep the polls open until 8 p.m.

Shortly after 6 p.m., the Village announced voting at Coolidge would be staying open until 8 p.m., by court order.

At 7 p.m., head election official Ozzie W. had not received any notice of the order, but she did leave the doors unlocked and refrained from taking down any voting equipment.

Just as a family of four arrived to vote at 7:30 p.m., a delivery arrived with provisional ballots to be used for the extended voting hour, as well as a court order for each precinct. The four voters were the only ones to make use of the extended hour.

Election officials said they believed all of the morning voters who weren’t originally able to vote did return to successfully vote later.

Delays at Coolidge aside, voters throughout the village enjoyed beautiful sunshine as they made their voices heard at the polls.