“He loved being a policeman,” says Chief Tommy Rogers

CHICAGO HEIGHTS, Ill. (March 22, 2021) – Look up the definition of hero and you would find it fits Chicago Heights Officer Gary Hibbs. Officer Hibbs passed away on March 12 after suffering a heart attack days before while on a domestic call. Hundreds of police officers throughout the state of Illinois showed up to support their brother in blue as they escorted him to his final resting spot.

“The one thing that stands out with Gary has nothing to do with police work,” said Chicago Heights Chief Tommy Rogers. “It is what he did for the community.”

“Gary was the best Santa, every single year,” adds Chief Rogers as one example. Officer Hibbs began playing Santa not only for his friends, family, and fellow police officers’ families, he became Santa for the city of Chicago Heights. “Outside of being a policeman—and he loved being a policeman—what warmed his heart is for him to dress as Santa and do that for the kids,” smiled Chief Rogers. “He was always giving back and making people smile. I’ve never heard Gary Hibbs tell anyone no. He was the real-life Santa Claus.”

A lifetime of service

Before Gary was a police officer, he was a firefighter with the Holbrook Fire Department. He was also a carpenter and a bodybuilder.

Taking part in his funeral was John Hogeveen Jr., Engineer with the Chicago Heights Fire Department. “I met Gary when we were teenagers,” said Hogeveen. “We have been friends for a very long time. He took me under his wing and taught me about weightlifting.”

“He worked [at Holbrook] with his father,” explained Hogeveen. “The same month he became a police officer, I became a firefighter. Gary would still come to the firehouse and play Santa for all the Christmas parties. I’m here to remember Gary because, regardless if you’re police or fire we’re all brothers in blue. We’re all family.”

A running joke with all his police co-workers was his love of food and how much of it he consumed. “We would love to harass him and tell him to get out of the break room because you’re eating too much in there,” smiled Chief Rogers. “We would also joke and tell him to get the jelly donut off his vest or wipe off the pizza sauce on his chin. He would always laugh, that’s who Gary was. He was the father figure to all the police officers, and they leaned on him because he was experienced.”

Best friend and former partner Mark Millon recalled his own food story with Officer Hibbs: “If you know Gary, you know he liked to eat. On Sunday mornings, we would get together and get our donuts. Gary did not like coconut doughnuts. One time I bought a coconut doughnut—he took it out my hand and threw it on the roof.”

Gary and Mark were also neighbors, and they shared a love of community. “During Thanksgiving, me, Gary, Chief Rogers, and Mayor Gonzalez would give baskets of food and deliver them every year,” explained Millon. “No matter what, he always did for anyone.”

“Gary loved to talk and loved the camaraderie of being with other police officers,” Millon said. “He always paid attention to detail and loved the people he worked with. I will miss all the laughs and adventures we went through. He was always there for me. When he gave you that embrace, you knew how much he was invested into that relationship.”

In his last communication with Gary, Millon sent his best friend a text of a monkey holding a banana—because of his love for food. “He had the nickname Magilla Gorilla, so he got that tattooed on his arm.”

“Carrying my friend is the most honored thing I’ve ever done,” Millon said. “To be able to say good-bye to him, we’re the closest ones to him bringing him to his final resting place. Gary is looking down on us, and I know he is proud of us.”

As Chicago Heights police officers filed into St. Kierans Catholic Church in Chicago Heights, Police Chief Rogers expressed concern for their emotional wellbeing. “This has been overwhelming for my police officers, my command staff, my civilian staff,” he explained. “This is not a two-year veteran. This is a 25-year veteran that has served with dispatchers, that have built relationships with Gary. It’s a tragedy. The more an officer is here, he touches the hearts.”

Rogers offered a few suggestions for community members who want to help heal the police department. “Make or send simple cards,” he said. “Just a note saying we love you, we thank you. Just a simple ‘Thank you for what you do,’ makes us happy. When we get cards from a classroom—paper-made thank-you cards—it makes our day. Every time a classroom does that, I make sure those cards get put up on the wall so our officers can see that.”

The last one to speak at the fallen officer’s funeral mass was his son, Jimmy Hibbs, who looked up to his father from childhood on.

“There was never a dull moment with our dad when it came to hanging out and spending time with him and the men and woman from the department,” Jimmy said. “However, dad’s life did not solely revolve around the police department. While it was major component of his life, he was a father first.”

“Dad would take [my sister] Esther and I with him everywhere if possible, with regards to police training or the gym,” said Jimmy. “Esther even rappelled down the 40—or was it the 60 building—with no problem, while I on the other hand took some coaxing.”

In closing, Jimmy shared a poem by Tecumseh that he and his dad spent time discussing:

So, live your life that the fear of death can never enter your heart. Trouble no one about their religion; respect others in their view, and demand that they respect yours. Love your life, perfect your life, beautify all things in your life. Seek to make your life long and its purpose in the service of your people. Prepare a noble death song for the day when you go over the great divide.

Always give a word or a sign of salute when meeting or passing a friend, even a stranger, when in a lonely place. Show respect to all people and grovel to none.

When you arise in the morning give thanks for the food and for the joy of living. If you see no reason for giving thanks, the fault lies only in yourself. Abuse no one and no thing, for abuse turns the wise ones to fools and robs the spirit of its vision.

When it comes your time to die, be not like those whose hearts are filled with the fear of death, so that when their time comes, they weep and pray for a little more time to live their lives over again in a different way. Sing your death song and die like a hero going home.

Chicago Heights Chief Tommy Rogers announced the police department will be retiring the badge #102. “Nobody will get Star 102 again.” 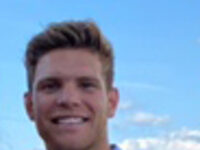 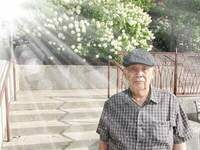 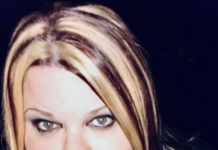