Gilmore, a senior at TF North, qualified for the state competition in both  the prose and poetry reading events and finished second in the state in  poetry reading. Gilmore performed a program that combined excerpts  from several poems on the topic of the “#SayHerName” campaign. The  campaign centers on overlooked police violence against women of color. Gilmore finishes her  high school career with 83 speech competition medals, setting a record at TF North.

Speech  team coach Shaunwell Posley said, “It has been such a pleasure coaching Kayla and watching  her grow as a speech competitor. She is exceptional.” Gilmore plans to further her education next  fall but hasn’t yet made a final decision on where she will attend.

Owens, a sophomore, finished third in the state in dramatic interpretation. Her performance was  an excerpt from the book “Rest in Power: The Enduring Life of Trayvon Martin” by Sybrina  Fulton and Tracy Martin. After earning five medals her freshman year, Owens secured 28 medals  during the 2020-2021 competition season and plans to return to compete with the TF North  speech team next year.

TF North principal Brian Rucinski said, “In a year that has been full of so many obstacles, Kayla and Destinee’s dedication has given the entire school the opportunity to be proud and  celebrate. I’m especially proud that Kayla and Destinee both chose pieces that took dead aim at  injustices they face as young women of color.”

District 215 Superintendent Dr. Jones-Redmond added,  “These young women are incredibly gifted and had a very dedicated coach. I could not be more  proud of their accomplishments at the state competition.”

Recordings of Gilmore and Owens performing their pieces were included in TF North’s virtual  celebration of Black History Month. 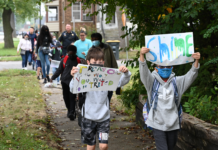 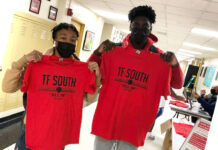