With history rooted in the latest ice age, the Sand Ridge area has much to offer local residents

SOUTH HOLLAND, Ill. (February 24, 2021) – On track to be completed and open to the public this summer, Sand Ridge Nature Center in South Holland is currently undergoing a complete makeover. Updates are being made in the nature center’s exhibit room, lobby, and classroom (which will soon be renamed the flight room).

Improvements allow for a new appreciation of nature

Stephen DeFalco, Director of the Sand Ridge Nature Center, said that these renovations will allow for “fresh, engaging, and informative exhibits about the ecological and cultural past, present, and future of the Calumet area.” Also included in these updates are brand new enclosures for the animals who call Sand Ridge Nature Center their home.

“I think the improvements will encourage residents and visitors to rediscover the nature center and learn about and find a new appreciation for the flora and fauna around them,” said DeFalco, who explained that the center’s last major update was in the 90s. “The overall ‘flow’ of the space will also be better, and some interactive additions will have both kids and adults excited.”

These improvements were made possible by an Open Space Lands Acquisition and Development (OSLAD) grant, awarded by the Illinois Department of Natural Resources. The OSLAD program is state funded and provides funding assistance to local government agencies for the acquisition and/or development of land for public parks and open space.

Not only is the nature center receiving a complete facelift, other sections of the area known as the Sand Ridge Campus are also receiving updates. About four years ago, the concept of a Sand Ridge Campus was introduced. The Forest Preserves of Cook County identified the campus as a unique area within the forest preserves that had several amenities in close proximity to each other, explained DeFalco. In addition to Sand Ridge Nature Center, other locations include Green Lake Aquatic Center, Green Lake and Clayhole picnic areas, Green Lake fishing lake, Camp Shabbona Woods, and the Burnham Greenway.

According to DeFalco, the three brick and mortar facilities—the nature center, the aquatic center, and the campground—were not performing as well as they could be. Thus, the idea to pilot a “campus” model was born, with the goal of uniting all of these individual entities and promoting the area as a “one-stop shop” for all things outdoor recreation, environmental education, and more. In 2018, Sand Ridge Nature Center was slightly restructured to accommodate the additional work that would be needed to achieve this vision, and 2019 saw the first year of a functioning Sand Ridge Campus.

Other updates throughout Sand Ridge Campus include two fishing outcroppings, new outdoor interpretive signage to help better navigate the area, outdoor landscape art at Green Lake Woods, the restoration of nearly 15 acres of land, and a new nature play area at the nature center. While some of the work has already been completed, the work at the nature center and other projects will be completed by July 2021.

In addition to the OSLAD grant, Sand Ridge Campus was also recently awarded with the Illinois Clean Energy Community Foundation (ICECF) grant. These funds will be used to build a pollinator garden at Green Lake near the aquatic center. The grant also allows the campus to work with an educational partner—in this case, the 3rd grade students at Wentworth Intermediate School in Calumet City. The children will have a field trip to the garden and have special lessons in their curriculum. The goal is to have the garden planted this year and completed in time for an Earth Day community event in 2022.

In a normal year, Sand Ridge Nature Center hosts a variety of events, including large-scale annual programs. 2020 was not a normal year, however, and many of these events had to be cancelled. DeFalco said that the only special event that was able to take place in 2020 was the annual Juneteenth Celebration, which occurred virtually. Nearly 120 guests participated in the event.

The center also hosts public programs, which are small-scale events that are either drop-in based (self-guided or with minimal staff involvement) or registration-based (staff-led activities and/or artmaking projects). Sand Ridge also hosts group visits and campground programming. DeFalco said that school and community groups would frequently visit the center for field trips. Currently, the center offers virtual programs for school groups, libraries, scout groups, and others in lieu of in-person visits.

Due to the unknowns of COVID, Sand Ridge will be planning public programs only one month in advance. To see some upcoming events, DeFalco recommends visiting the Forest Preserves of Cook County’s website, FPDCC.com, and checking out the online calendar. Additionally, the Sand Ridge Nature Center’s Facebook page will share upcoming in-person and virtual events. There will be an Earth Day event in April, and Juneteenth will be celebrated on Saturday, June 19, but whether that will be in-person or virtual is still to be determined. From April 30 to May 3, Sand Ridge Campus will be participating in the City Nature Challenge, an international effort for people to find and document plants and wildlife in cities all over the world.

Coming up on Saturday, February 27 from 9:00 am – 3:00 pm is the Underground Railroad Walk. This free event is a self-guided walk that follows a fictitious freedom seeker who represents the roughly 3,000 men, women, and children who traveled through the Calumet area seeking freedom in Canada. DeFalco estimated that the total walk is around one-fourth of a mile and should take about 20-30 minutes to complete.

“This was a very common route due to the ability to follow the Illinois River and other major transportation routes.” DeFalco said. “Along the trail there will be written storyline pages talking about the major points/destinations for rest along the route as well as talking about some of the challenges one might face while on the route.”

In addition to the area’s connection to the Underground Railroad, the Calumet region also has a remarkable connection to the last ice age, about 10-12,000 years ago. Around 14,000 years ago, the area was consistently underwater, in what is known as Ancient Lake Chicago. According to DeFalco, the ice age involved a consistent ebb and flow of ice, and areas would slowly repeat a cycle of freezing and melting.

“That main North American ice sheet that covered the Great Lakes region was the Laurentide Ice Sheet. Within this ice sheet, you had smaller sections (glaciers), and on the edges of the glaciers you had lobes. So, when we talk about our area in terms of glaciers, we are talking about the Lake Michigan lobe of the Wisconsin glacier, part of the larger Laurentide ice sheet that covered most of North America,” DeFalco explained.

At the end of the ice age, around 12,000 years ago, the amount of water from the glacial melt resulted in the formation of Niagara Falls. Due to this break and new avenue for water to flower, the Great Lakes slowly drained to their current levels over about 4,000 years.

“As the water recedes, it leaves behind little shorelines, which is the cause of Calumet’s dunes and swale topography. Every 2,000 years, a more defined ridgeline is produced. …In our wetland/dune and swale topography, these ridgelines were the major high points and soon became reliable routes of travel for Native Americans and other groups of people for generations to come,” DeFalco said. Some of these ridges are now the sites of roadways—such as Lincoln Avenue/Michigan City Road—or railways—like the Canadian National Railway or Norfolk Southern Railway.

Additionally, Green Lake, the deepest fishing lake in any of Cook County’s forest preserves, was once a clay quarry. In fact, some of the largest brick factories in the nation could be found on the south side and in the south suburbs of Chicago in the late 1800s. About 60 brickyards produced nearly 540 million bricks per year from the clay found in quarries like the one formerly at Green Lake.

A new year at Sand Ridge

DeFalco has three main goals for the Sand Ridge Campus in 2021: connecting to local communities, understanding barriers that community members face and thoughtfully addressing them with other government agencies, and involving community partners and other agencies in activating Sand Ridge Campus.

“I love the work I do, and I could cheerlead for Sand Ridge Campus all day,” DeFalco said.

The Sand Ridge Nature Center grounds are open every day from 8:00 am – 4:00 pm, and the lobby is open for restroom access. More information on the nature center and Sand Ridge Campus is available at fpdcc.com/places/locations/sand-ridge-nature-center/ 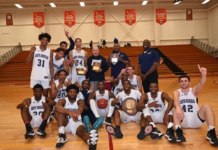 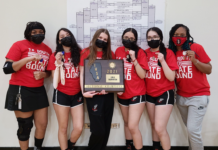 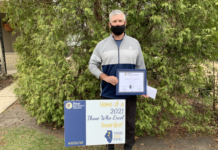