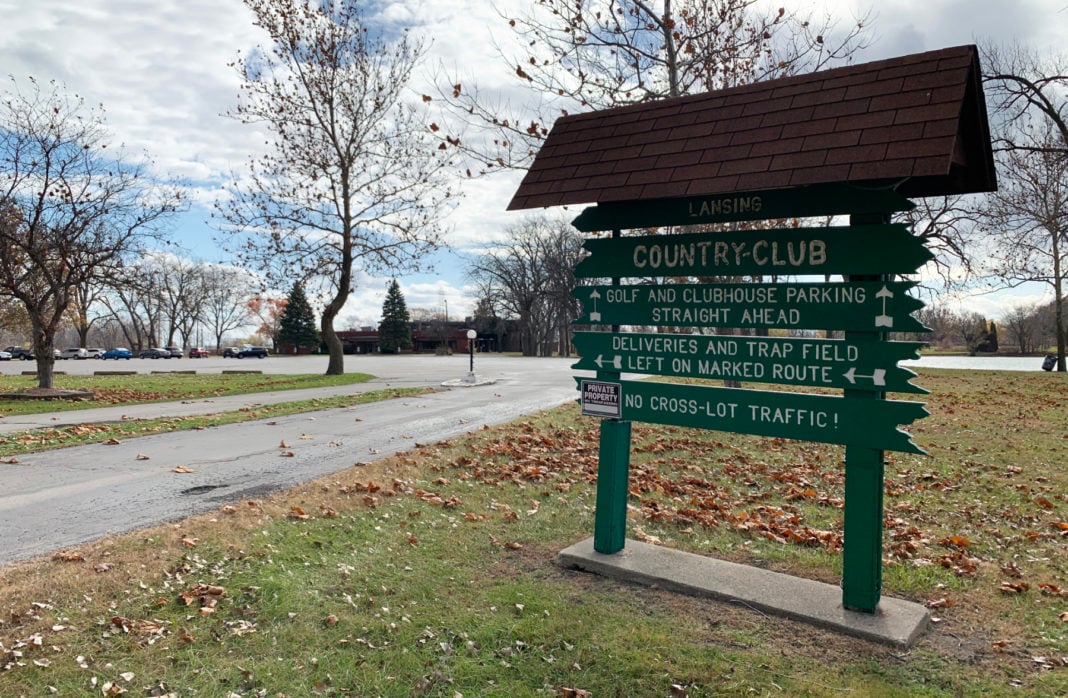 Years in the making, the closure and sale of the 79-year-old club came about as membership numbers decreased and property taxes increased.

Secretary of the Lansing Country Club Board Jeannie McCall said the cause for closure was simple: “Three words: Cook County taxes.”

McCall has been a member of the club for 45 years, and has served on the club’s Board for about half that time. She says in 2009 a change in the way Cook County taxed the club resulted in a doubling of the club’s overall annual tax bill, an increase from roughly $90k to about $180k. McCall said the Cook County Assessor’s most recent assessments, which have many Lansing businesses reeling, would likely increase the club’s taxes to $200k.

“We don’t have the members to sustain that tax bill at all,” McCall said.

McCall also mentioned that despite the name “Lansing Country Club,” roughly two-thirds of the property owned by the club is located in Indiana. The third located in Illinois includes the clubhouse and facilities. The Indiana land, McCall said, results in roughly $20k in property taxes every year, about nine times less than what the Illinois portion costs.

McCall said club leadership has been actively trying to sell the property for a handful of years, first in 2016, then again in 2018. In March of 2020, Lansing Country Club received a bid from the Saxon Group Inc., a construction services company. The company plans to construct a medical facility on the Indiana portion of the property. McCall said the Saxon Group has offered the Illinois side of the property to the Forest Preserves of Cook County.

McCall said the Lansing Country Club insisted on selling both the Illinois and Indiana land as one parcel believing they would not be able to attract a buyer for just the Illinois land. “Nobody wanted one inch of Illinois land. Nobody. Not one buyer. Not at any price. Because of Cook County taxes,” she said.

On January 6 and 7, the club had an estate sale to sell as many fixtures, furniture pieces, decorations, and other items as possible. McCall said the building was handed over to the Saxon Group on January 15.

A history of golfing and sportmanship

The lake at Lansing Country Club is a prominent feature of club grounds and has drawn special club members who pay only for the privilege of fishing in it. The origins of the lake are found in the brick-making industry, an industry popular in the surrounding area around the turn of the 20th century. According to McCall, the lake was originally a “clay hole,” used by brick-making companies to remove clay from the ground to later bake into bricks. The resulting holes in the ground were eventually filled in with water, making the current lake that has frustrated many a golfer.

McCall said before the property was incorporated as a club in 1955, hunters and fishers would frequent the grounds. Trap shooting became a popular attraction of the area, even after the club was established. McCall said trap shooting was a part of the club’s offerings until shortly after she joined in the late 70s. Around this time the club became a full 18-hole course, having originally offered nine holes, then 11.

In an effort to increase revenue and maximize the lake’s utility, Lansing Country Club began offering a fishing-only membership about a decade ago. “We have good fishing,” McCall said.

At one time the club had a 100-member bocce ball league that McCall organized. “Every Wednesday was bocce night for maybe the last fifteen or twenty years,” she said. “With twelve teams, you’d have a twelve-week season. … Yeah, bocce was really fun to play.”

In addition to all of its recreational offerings, McCall said the Lansing Country Club has served as a stalwart of community, hosting the Lansing Area Chamber of Commerce’s golf outings, election night parties, and many weddings. “I got married here even. Yeah, lots of weddings,” McCall said, who had her wedding at the site in 1979.

Interest in the club to serve as a wedding or reception venue dropped steeply starting in 2016, as the club started to shop itself to potential buyers. “What bride wants to put her money down on a building that might close?” McCall said. “Up until 2016, we had weddings almost everything weekend, I would bet.”

Decades ago, the Lansing Country Club would host live music nights for members, “probably at least once a month,” McCall said.

McCall, who grew up in Thornton and has lived in Lansing since 1971, said the closure of the Lansing Country Club has been difficult for longtime members of the club like her, but she appreciates the community response. She said during the days when the club was having its estate sale, old members and staff of the club came just to walk through one more time. “It’s been pretty neat,” she said.

A December Facebook post of McCall’s announcing the club’s sale was commented on over 100 times and shared over 40 times. “Overall, I’m sad. But I appreciated everyone that commented with their memories. Totally appreciated that. It’s good that this club brought so many people so many memories,” she said.