Information provided by the Association for the Wolf Lake Initiative

WHITING, Ind. (December 30, 2020) – The 20th annual Winter Wonderland at Wolf Lake will be presented via Zoom on Saturday, January 16. The afternoon session will feature the airing of the newly released 10-minute film about the Wolf Lake Watershed.

Sponsored by the Association for the Wolf Lake Initiative (AWLI), the discussion of the film will be held from 2:00 to 3:30 p.m. Producer David McGowan of Ravenswood Media will introduce the film.

AWLI hopes participants will agree on a title for the film. The morning session will consist of the second monthly meeting of the Calumet Nature Exchange, facilitated by AWLI. It begins at 10:00 a.m.

Interested participants are invited to call (219) 933-7149 or (312) 220-0120 to obtain the link for the Zoom presentation. Callers are invited to leave their information in a voicemail if unable to reach someone.

The group, organized at the final session of the Wolf Lake Watershed Advisory Committee meeting in November, studies different approaches to the teaching of nature in the age of COVID.

The November discussion followed presentations by the three teachers who received fellowships awarded by AWLI and funded by a $10,000 grant from the Elizabeth Morse Genius Charitable Trust of Chicago. The three teach in schools in Hammond, Chicago, and Hobart.

AWLI is a bi-state, not-for-profit organization and land trust that seeks to protect and enhance the Wolf Lake Watershed. 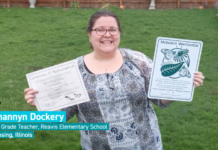 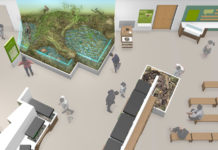