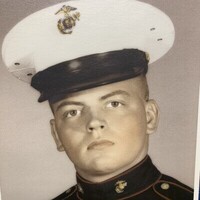 Don graduated high school in New Jersey in 1960 and then enlisted in the US Marine Corps where he was awarded the Good Conduct Medal, National Defense Medal, and the Rifle Sharp Shooter Badge. Don worked at RR Donnelly’s and A&M Printing before establishing his own printing business, Clifford Graphics. Don served the community for many years through the PTA, and the Lansing Lions Club. Don was a long standing member of the Edward Schultz American Legion Post 697. In lieu of flowers, memorial donations may be made in Don’s name to Honor Flight Chicago, www.honorflightchicago.org/donate. Schroeder-Lauer Funeral Home has been entrusted with Clifford’s care.