By Josh Bootsma and Melanie Jongsma

Lights of emergency vehicles from many municipalities lit up the dark street as the procession travelled from Smits Funeral Home in Dyer north to Calumet City before returning south down Burnham.

The solemn demonstration followed a visitation, funeral service, and law enforcement walk-through at Smits Funeral Home. Zieminski died due to a medical emergency while on duty on the morning of December 7 while transporting a detainee. “The detainee alerted nearby Cook County Sheriff’s officers, who quickly responded with life-saving efforts, before he was transported to South Suburban Hospital, where he was later pronounced deceased,” Calumet City Police said in a press release.

The procession travelled north to Calumet City, where it passed the Calumet City Police Department as well as TF North High School, the school from which Officer Zieminski graduated.

A GoFundMe has been set up for Officer Zieminski’s two daughters. The campaign has already raised over $15,000, and is available here. 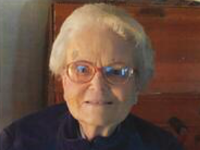