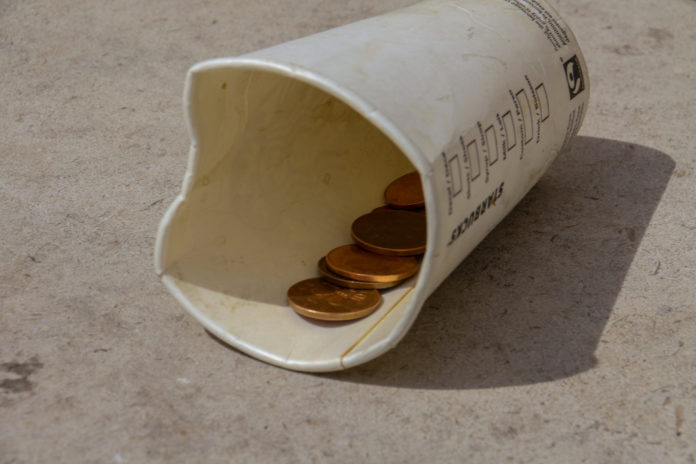 Commission aims to reduce and eliminate poverty in Illinois by 2036

Information provided by the Illinois Department of Human Services

CHICAGO, Ill. (December 7, 2020) – Governor JB Pritzker and the Illinois Department of Human Services (IDHS) on Monday announced the Illinois Commission on Poverty Elimination and Economic Security. The commission was signed into law by Governor Pritzker earlier this year as part of the Intergenerational Poverty Act and is tasked with developing a strategic plan that will develop anti-poverty programs that ensure long-term, multigenerational economic mobility regardless of race, ethnicity, gender, age, sexual orientation or identity, ability, or geographic location. The plan will be available in the spring of 2021.

Eliminating poverty for all

In addition to developing and adopting a strategic plan, the commission will hold at least 6 public hearings in different geographic regions of IL to collect information, take testimony, and solicit input from interested parties, including members of the public who have personal experiences with State programs and services.

“No Illinoisan should have to worry about having a safe place to live or where their next meal is coming from. Unfortunately, that is currently a reality for too many people in our state, a reality that has been exacerbated by the ongoing COVID-19 crisis,” said Governor JB Pritzker. “In the coming years, the newly launched commission will do the critical work of examining what poverty looks like in Illinois and developing a roadmap that will allow all Illinoisans to live a good life, regardless of their race, ethnicity, or the community they call home.”

The launch of this commission comes as the state faces an unprecedented health and economic crisis caused by the ongoing COVID-19 pandemic. As a result of the virus, it is estimated that 1 in 3 Black and Hispanic individuals are projected to live in poverty.

“The COVID crisis has revealed economic inequity and injustice that has existed within the state for a long time. Before the pandemic, we know that 1.6 million Illinoisans lived in poverty, with 739,000 living in deep poverty. This is inexcusable, and we must address this by ending systems that perpetuate this intergenerational cycle,” said Illinois Department of Human Services (IDHS) Secretary Grace B. Hou.

The commission, which is set to meet twice a year, is made up of 25 members: four members of the State General Assembly; one member of the judiciary; and twenty public leaders who represent key constituencies that are impacted by poverty. Members were appointed by Governor J.B. Pritzker, Senate President Don Harmon, Speaker of the House Michael J. Madigan, Senate Minority Leader Bill Brady, House Minority Leader Jim Durkin, and Chief Justice Anne M. Burke of the Illinois Supreme Court. The commission is Co-Chaired by Evelyn Diaz, President of Heartland Alliance, and Amy Susan Brown, Chief Executive Officer of CRIS Healthy-Aging Center and Mass Transit. A full list of commission members is available here.

“It is exciting to work alongside leading service system decision makers who are clearly defining the causes of intergenerational poverty amongst people in Illinois. This commission will implement up-to-date research strategies and bravely change the current design of public service systems in order to ensure that Illinois residents are financially independent and free from poverty,” said Amy Susan Brown, commission Co-Chair and Chief Executive Officer of CRIS Healthy-Aging Center and Mass Transit.

Racism, gender discrimination, and mistreatment of individuals with disabilities are an unfortunate part of American culture. The effects of long-standing inequity linger and perpetuate disparities in poverty, housing, criminal justice, and healthcare, among other areas. The commission’s work will be centered in equity and will intentionally confront racist and discriminatory systems that limit economic mobility.

The commission plans to address the multitude of systems and institutions in IL that perpetuate economic inequality by investing in strategies that bring vitality to communities and developing pathways for all Illinois residents to achieve economic security for generations to come. For more information about the Illinois Commission on Poverty Elimination and Economic Security, email [email protected].