LANSING, Ill. (December 5, 2020) – There’s not a person in Lansing who hasn’t heard about COVID-19, but thankfully only 2,042 Lansing residents have contracted the virus, as of this writing. Tom and Krista McSwiggan, Jerry Zeldenrust, and Darvell Stinson each had a different experience with the coronavirus, but they are all Lansing residents who have beaten a virus that has taken the lives of roughly 280,000 people in the United States, including 12 in Lansing.

The McSwiggans have been intentional about staying safe since COVID-19 first hit its stride in the U.S. in March. The 65-year-old couple stayed home as much as they could in their roles as Subway business consultants, they attended Trinity Lutheran Church virtually, and they didn’t have anyone apart from family over to their house all spring and into the summer.

When July 16 came around, both Tom and Krista felt comfortable having friends come over for dinner to talk about potential 2021 vacation plans. Neither couple had experienced any symptoms prior to the meeting, but two days later, Tom received a call from his friend saying he had tested positive.

“I was immediately on my cell phone finding out where we could get tested at,” Krista said. The couple made an appointment at a Walgreens in Chicago to get tested, and they had to wait about a week before their appointment date. Both tested positive, receiving their results within 24 hours.

Village Trustee and retired Lansing police officer Jerry Zeldenrust tested positive for COVID-19 in late September. The positive result came after he starting feeling especially tired after a busy Sunday, so at first he thought he was just “winding down from the stress of the weekend.” As he got chills overnight on Monday and woke up on Tuesday with a cough, fatigue, and aches, the 62-year-old decided to get tested.

Zeldenrust went to Midwest Express Clinic in Munster a day later and received a positive test result about a day after that via video conference with a doctor.

Zeldenrust said he felt guilty about the amount of people he could have potentially spread COVID to without knowing he was contagious. “I reached out to as many folks as I could think of, still not knowing where I got it or who I got it from. They were all fine,” Zeldenrust said.

Darvell Stinson often gets a sinus cold in the fall, so when he started having sinus headaches, congestion, and fatigue in mid-October, he went to the doctor assuming he just needed some sinus medicine. When he told the staff at Advocate Urgent Care in Olympia Fields that he had also lost his sense of taste and smell, they tested him for COVID-19. The office used an immediate test kit, and about 20 minutes later Stinson knew he had the coronavirus.

Like Zeldenrust, Stinson has not been able to determine who he got the virus from. “That’s a big question mark,” he said. “It’s pretty hard to say where, but I would think somewhere out in public, maybe going to the store or something. It could have slipped through the cracks that way.”

Stinson works at Cook Illinois Corporation, a school bus company. He said he quickly contacted the company after his positive test and let them know he was sick.

As the couple waited for their testing appointment, Tom started to feel a sore throat, at which point he started quarantining from Krista as much as possible. The sore throat was soon replaced by a heavy fatigue, which lasted over a week and forced Tom to take a nap during the day. Tom also said the taste and smell of hot food became “unpleasant” to him, and he only ate a cup of soup or a half sandwich every day for a few days.

Krista said she was entirely asymptomatic, with the exception of a loss of taste and smell—senses that had still not fully returned when she spoke with The Lansing Journal in October. The loss has not affected her appetite, she said, and she can still taste spicy and sweet flavors, but other flavors like sour things or garlic she still cannot taste.

“When you eat a toasted croissant, it taste really buttery and flavorful; it’s really good. Well, I can taste the crispness of the croissant, and I can taste if we put honey on there, but that’s it. The buttery flavor isn’t there, and that robust flavor of the croissant. So I don’t enjoy it as much, but I still eat it because I know it’s good,” Krista said.

Tom’s 92-year-old father Richard McSwiggan lives with Tom and Krista, and also contracted the virus. The couple wanted to avoid putting him in the hospital and cared for him at home the best they could. Richard had shortness of breath and coughing, as well as occasional chills. Richard survived the virus but Tom said his father’s testing positive was “the scariest part” of their COVID experience.

“It was nothing worse than a head cold for me,” Zeldenrust said of his COVID symptoms, and he took Nyquil at night and Sudafed during the day to combat it.

“I would try to do a little something in the morning just to get out—you could tell that your body was under attack. You didn’t have any pep,” he said. “After about two hours of being up and trying to be active, you had to go lay down. …For me, every day was like another hour to hour-and-a-half of activity that you could tolerate, without being exhausted.”

Although she didn’t show any symptoms at first, Zeldenrust said his wife did eventually test positive for COVID, and had minor cold symptoms and significant fatigue for a few days before regaining her strength.

Three days before he got tested, Stinson remembers coming home from work feeling especially tired. He went to a restaurant to pick up food for himself and his wife, and said while he was waiting for the food, he nearly called his kids to come and pick him up because “he didn’t feel like moving” due to his fatigue.

“My symptoms were mild. …My worry was, ‘Will these mild symptoms go into severe or major symptoms?’ It was a worry, but not because of pre-existing conditions,” Stinson, who is 50, said. He took pain medicine as well as congestion medicine to help with his symptoms, and tried to eat healthy foods and drink plenty of fluids.

Stinson lives with his wife, son, and daughter, who did not contract the virus. Stinson quarantined in his own room for most of his days being sick, and he relied on his family to bring him food and drink. When he did leave his room, the family wore their masks and were careful to sanitize surfaces.

“The biggest thing I got out of it was to realize the different degrees that this COVID affects people,” Tom said. “You see people going to the hospital, they go on ventilators, some people are dying from it. But then there are other people like us that just go through it at home and are able to take care of themselves.”

Tom said he has a nephew that contracted COVID and had “extreme” symptoms like intense difficulty breathing. He said that goes to show you never know how COVID will manifest itself.

Krista said before they got the virus, they thought, “Oh we’re not going to get that because we aren’t around too much and we’re homebodies.” “But it doesn’t matter,” she said. “You can get it anywhere.”

“I don’t understand how anybody can [minimize the seriousness of COVID-19] given what you see happening to people throughout the U.S. and throughout the world,” Tom said. “How can you think that you should not be taking some sort of precaution to protect yourself and your family and your friends? It doesn’t make sense to me. It does not make sense to me. There’s nothing phony about this.”

“Both with the Village family and the church family, as soon as anybody heard that I had it, they were making calls,” Zeldenrust said, who also appreciated the many emails and texts from friends, family, and Village staff. Zeldenrust attended the October 6 Village Board meeting virtually and thanked his colleagues at that meeting for their care and concern.

In thinking about social restrictions that have been imposed because of COVID-19, Zeldenrust said he personally did not agree with some of them because of his “sense of freedom and independence,” and not wanting to “hunker down and go into panic mode.” As a Trustee, however, he understood the importance of setting a good example and complying with guidelines.

“It’s important to have a balanced view of not only COVID-19 but life in general,” Zeldenrust said. “To understand that you don’t believe everything you read or see on the TV news, but that you do follow the science. …[It’s important] when you’re being told to be responsible for yourself and others that you take certain precautions like a mask, and social distancing, and washing your hands, that you do that. Not because you’re afraid you’re going to die, but because you’re responsible for other people as well.”

“The most remarkable part about [my experience] was the overwhelming support,” Stinson said, who was “bombarded” with texts, emails, and Facebook messages from friends, family, coworkers, Village staff, and others after his positive test. “I wouldn’t even know where to begin to try and repay everybody that has reached out to me and wished me well and kept me in their thoughts.”

“If I didn’t have the family support or the support from the community and coworkers and stuff like that, I would honestly say I probably would have had a moment of depression or anxiety going through this,” Stinson said.

Having COVID has made Stinson more sympathetic to other people who have contracted the virus. “It wasn’t easy [for me], but I wasn’t hospitalized, I wasn’t in an induced coma, I wasn’t on a ventilator. My level of sympathy and care goes a long way for those who have experienced it on those levels, and even on a mild symptom level,” he said.

“[COVID-19] is serious. But not to the extent where we really just have to shut the world down,” Stinson said. “Whatever you’re doing to be safe, take a little extra step and be even more safe.” 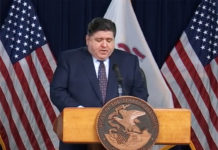