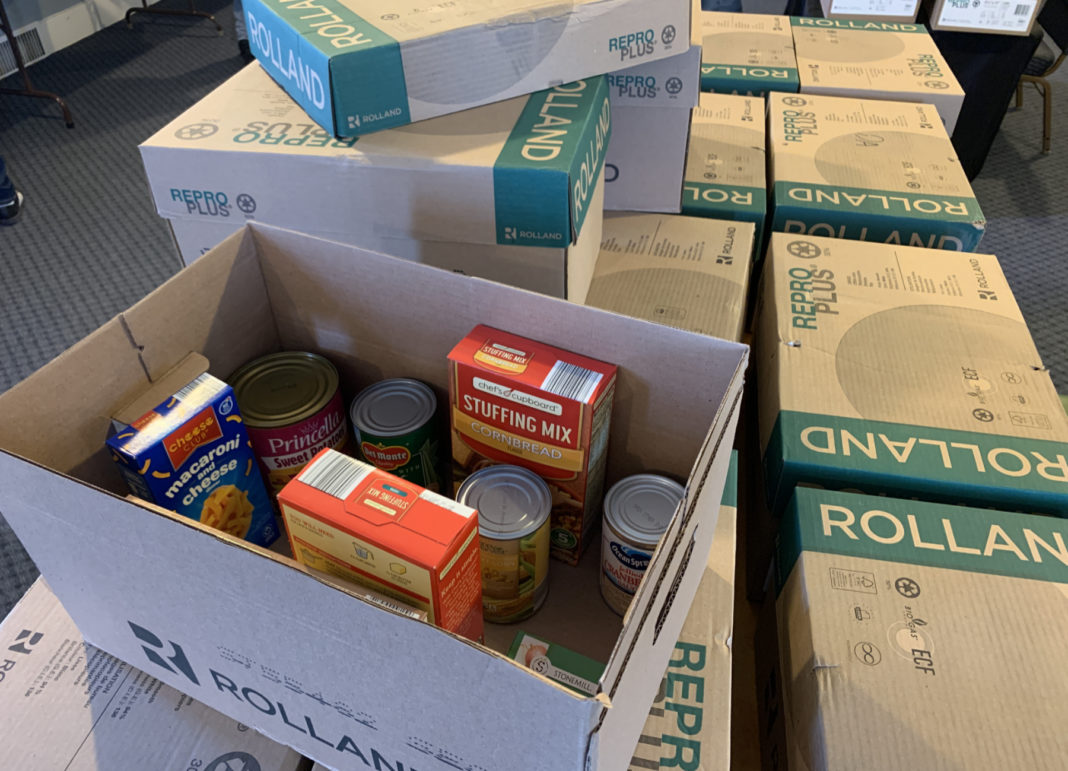 LANSING, Ill. (November 22, 2020) – 100 families with students at Lansing public schools will have their Thanksgiving meal supplied this year, the result of a collaboration between the soon-to-be-nonprofit We Are Lansing, four churches, and Thrivent Financial.

Just before noon on Wednesday, November 18, TF South student and We Are Lansing organizer Cam Sanchez, First United Methodist Church pastor Dave Price, Lansing Assembly pastor Jonathan Vitale, and Thrivent Financial Associate Doug Horne dropped off 32 boxes of food at TF South High School. The stop was the first of many during Wednesday’s “Thanksgiveaway” event where the group dropped off Thanksgiving meal boxes for Lansing public schools to give to families in need.

A different type of food drive

Sanchez, who has organized two drive-thru food drives in Lansing—one in August, and the other in October—originally wanted to do a Thanksgiving-themed drive-thru event but in working with Dave Price and the other pastors, decided to deliver Thanksgiving food to schools. Each public school district in Lansing (215, 171, and 158) received about an equal share of the 100 boxes to distribute to Lansing families.

“Initially, I wanted to do this for the general public, but someone else mentioned, ‘Hey, why don’t we get the schools, and try focusing on the schools?'” Sanchez said. The rationale behind the decision was that delivering food to schools is less socially-oriented in the midst of rising COVID-19 cases than a drive-thru event, and it allowed the schools, who often know which families are most in need of help, to distribute the food.

Many donors, many Thanksgiving meals

Each box also contained a $20 gift card to Strack and Van Til grocery store for families to purchase a turkey, ham, or whatever else they needed. Thrivent Financial made a $2500 donation to provide the gift cards and support the event.

“Thrivent is very much into generosity … Our background really lends itself to helping in communities and helping communities in need. That’s baked into what we do,” said Thrivent Financial Associate Doug Horne. Horne was contacted by Pastor Nate Smith at Lighthouse Church who asked if Thrivent wanted to help sponsor the event, and Horne agreed.

Sanchez aspires to start We Are Lansing as a nonprofit organization that will serve the Lansing community.