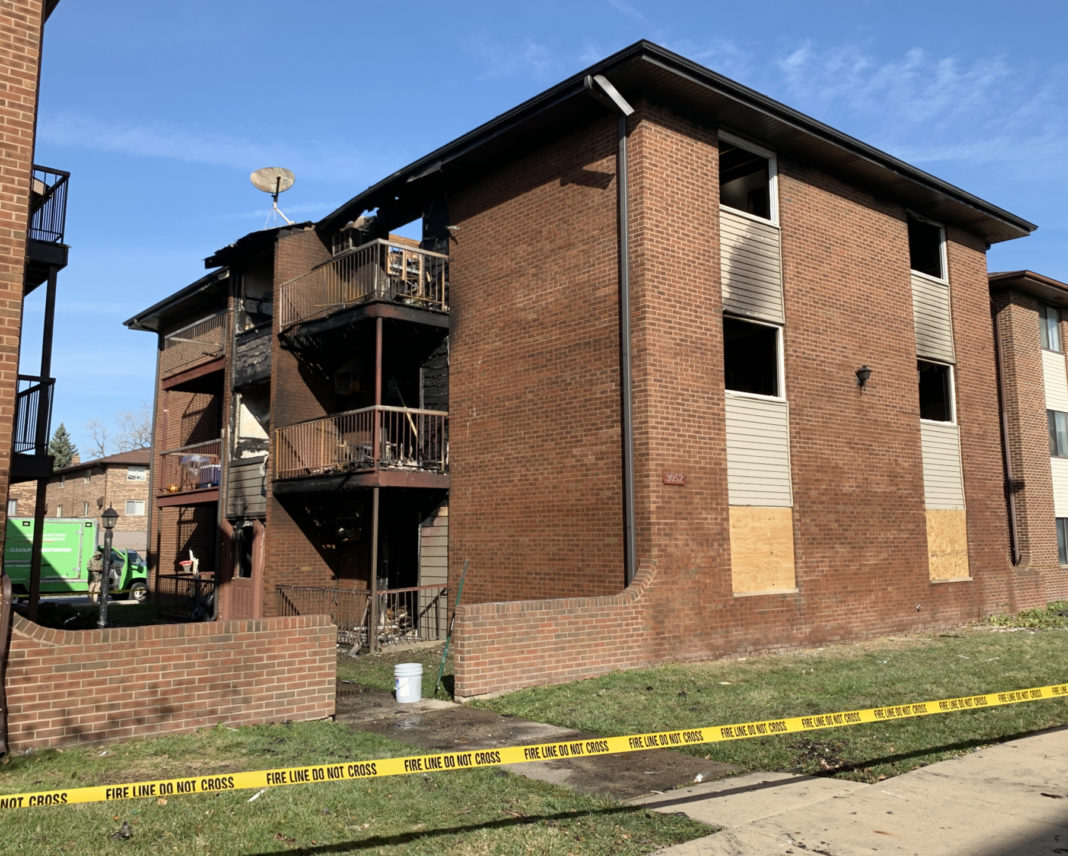 LANSING, Ill. (November 2, 2020) – The Lansing Fire Department (LFD) responded to a structure fire at 3052 Bernice Avenue at around 3:18 a.m. on Monday, November 2. According to LFD, units arrived within four minutes to find heavy fire on multiple floors of the three-story apartment building. Assisted by Lansing Police Officers, Lansing fire crews were able to rescue several occupants. A Box Alarm was requested for help, and the fire was brought under control within an hour, according to LFD.

Unfortunately, there is one confirmed fatality from this incident, a 49-year-old female. LFD is withholding the name of the deceased pending notification of family. Two civilians and three Lansing Police Officers were transported to area hospitals. The three officers have been treated and released, and the conditions of the civilians are unknown at this time. LFD said it had contacted the Red Cross to assist displaced residents.

The origin and cause of the fire is currently under investigation. Lansing Arson Investigators, Lansing Police Department, MABAS 24 Investigators, and the State Fire Marshall’s Investigators are all actively involved, according to LFD. Lansing was assisted by Calumet City, South Holland, Munster, Lynwood, Glenwood, Thornton, Homewood, Burnham, East Hazel Crest, Flossmoor, Tinley Park, and Bud’s Ambulance. The Lansing Fire Department has promised updates will be provided as they become available.

Lansing Fire Department press releases are available on the Village of Lansing website.

On Monday afternoon, crews from Servpro—a cleanup and restoration company—were working in and around the structure. Some people, assumedly residents of the apartment, were handing salvaged items out of windows. Pieces of charred material could be seen throughout the parking lot north of the apartment, and a burned smell was noticeable a block away.

Photos from the apartment fire