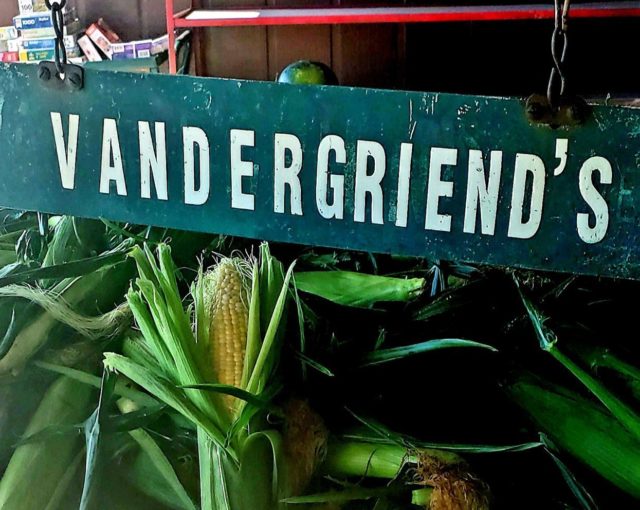 LANSING, Ill. (September 4, 2020) – The VanDerGriend family knows a thing or two about sweet corn. They have been growing corn and selling it at the their farm stand on Glenwood-Lansing Road for more than six decades.

Sweet corn season typically begins in early to mid-June, but Scott VanDerGriend, who owns the business with his parents, said it is very dependent on the weather. “Our earliest crop has been the last week of June and we’ve started as late as the third week of July after a cool spring,” he said.

Sweet corn is a bit different than other corn, such as the type used for ethanol. Sweet corn gets planted about once a week for about 10 to 12 weeks to ensure that the harvest is spread out over several weeks. Normally it takes about 66 to 72 days to mature if weather conditions are good. That means there is a multi-week window every year where corn is being planted in some fields at the same time it’s being harvested in others.

“In the spring you end up planting as much as you think you’ll sell in a week and then you wait five or six days and plant again,” VanDerGriend explained. “That way you have a constant supply of small kernel sweet corn.”

Sweetness in the size

VanDerGriend said that sometimes the harvest does not work out the way you expect. “Sometimes you might have a hot spell and it’s ready earlier,” he said. That’s been the case the past couple weeks and it has resulted in a hearty harvest, which has been good news for customers: the recent sweet corn jackpot has meant that VanDerGriend’s is offering corn right now at a discount. Normally $5.50 a dozen, customers can pick it up at the “Red Barn” (a nickname for the business based on its appearance) for just $3 a dozen through Tuesday. “We’ve had a good year and want to pass on our thanks to our customers,” said VanDerGriend.

He suggests stocking up, cutting the corn off the cob and freezing it and he shared his family’s recipe, which results in a crisp serving of corn. The best method, according to VanDerGriend, is not to cook it first because it will be mushy when thawed.

VanDerGriend’s Farm Stand is located at 2812 Glenwood Lansing Road in Lansing. It is open Monday–Friday 8 a.m. – 6 p.m. and Saturday 8 a.m. – 5 p.m. The farm stand is closed on Sundays and Labor Day.