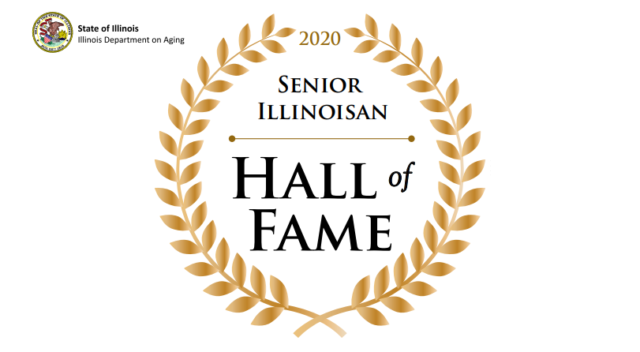 Information provided by the Illinois Department on Aging

SPRINGFIELD, Ill. (August 24, 2020) – The Illinois Department on Aging (IDoA) is announcing its last call in accepting nominations for the 2020 Senior Illinoisans Hall of Fame Awards. These awards recognize adults, 65 years of age and older, and highlight the meaningful contributions they have made in Illinois.

“The time is now to nominate an older family member, friend or neighbor that has made a significant impact on their community,” said Paula Basta, Director of IDoA. “Now, more than ever, I encourage everyone to take some time to nominate those special individuals who should be recognized for their notable service. Please help us honor those who embody the spirit of respecting yesterday, supporting today, and planning for tomorrow.”

Award nominations are being accepted for the following categories:

The Senior Illinoisans Hall of Fame was created by the Illinois General Assembly in 1994 to honor Illinois residents ages 65 and older for their personal achievements in four separate categories. Since then, 121 people have been inducted into the Hall of Fame.

The deadline for nominations is Monday, August 31, 2020. Eligibility is based on the nominee’s past and present accomplishments. The candidate must be a current Illinois citizen, or a former Illinois citizen for most of their life. Posthumous nominees will also be considered. Nomination forms can be filled out online or by calling the Senior HelpLine at (800) 252-8966.
For more information on how to nominate someone, please visit our website www.illinois.gov/aging, or contact Purnell Borders at [email protected]gov.
(GOOGLE-SUPPLIED ADVERTISEMENT)