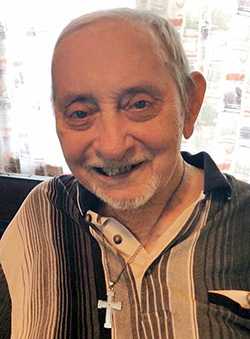 Darald Adolph Pieper, age 80, passed away peacefully in his sleep on Tuesday, April 28th, 2020. He was able to spend his final days surrounded by family and friends in the comfort of his own home.

Darald was born on October 9, 1939, in York, Nebraska. He was baptized and confirmed a Child of God at Emmanuel Lutheran Church. He attended York Public Schools through his sophomore year of high school, then transferred to Seward Concordia High School and graduated with honors in 1957. He received his Associates Degree from St. John’s Lutheran College in Winfield, Kansas, where he was recognized as a four sport college athlete in 1959. Darald continued his education at Concordia Teachers College in Seward, Nebraska, where he received his Bachelor of Science in Education and the Lutheran Teacher Diploma in 1961.

Darald met Barbara, the love of his life, while attending St. John’s College. They were married August 13, 1961, at Trinity Lutheran Church in Winfield, Kansas. Darald’s first call as a Minister of Education took them to Mount Calvary Lutheran Church and School in Cleveland, Ohio. He faithfully served there as a teacher and athletic director until 1966. He then accepted his lifetime call to Trinity Lutheran Church and School in Lansing, Illinois, where he and Barbara became residents and lived for over fifty years. Darald was an active member of the Lutheran Church Missouri Synod and devoted his life to serving the Lord’s Church in a variety of ways. Besides being a teacher, athletic director, and coach, he served on the Board of Elders, led youth groups, and was chairman of the South Suburban Athletic League.

Darald was also very involved in sports in the community. In addition to coaching a variety of sports at Trinity Lutheran over the years, he coached Pop Warner Football, Lansing Old Timers Softball, and basketball, baseball, and volleyball at TF South High School. He participated in adult athletic leagues, was a referee in both public and private schools, and spent many summers being an umpire for baseball and softball games. Throughout these years he touched the hearts and lives of thousands of children and adults.

Darald dedicated his life to fulfilling his dream of teaching, guiding, and mentoring children. He had a strong passion for family, music, sports, and his Christian faith. He loved attending the sporting and school events of his children and grandchildren. Some of his favorite things to do with his family included playing games, singing, and coaching them. He had an incredible sense of humor, full of wit and sarcasm that often brought a smirk to his face. He was a “tough love” kind of man with a heart of gold who always wanted the best for everyone and would do anything for them. He taught others that through faith in God and hard work you could achieve anything you set your heart and mind to. Everybody that knew him was truly blessed and inspired.

Due to the COVID-19 social distancing protocols, there will be a celebration of life memorial service held at a later date at Trinity Lutheran Church when it is safe for us to all gather together again. We were blessed to have our Dad and Grampa with us an additional 13+ years through the gift of life with a heart and kidney transplant. With that in mind, the family requests that donations be made in his memory to Donate Life or to Trinity Lutheran Church in Lansing.