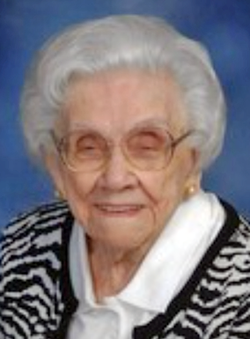 She is survived by her three children: Rita (late Guy) Lafferty, Patricia (late Jack) Lenox, and John (Barbara) Kwasny. Also surviving are 11 grandchildren, numerous great grandchildren, one great great grandchild, and her brother Jim Lendi. Mrs. Kwasny was preceded in death by her beloved husband John in 1983, as well as six brothers and two sisters.

Mrs. Kwasny will be laid to rest in a private service at Holy Cross Cemetery in Calumet City, IL.

Mrs. Kwasny worked as a clerk in a dry cleaners. She was a member of St. John Catholic Church in Glenwood, IL. She was an avid Chicago White Sox fan. She was a very social, strong-willed lady and will be dearly missed by her family.