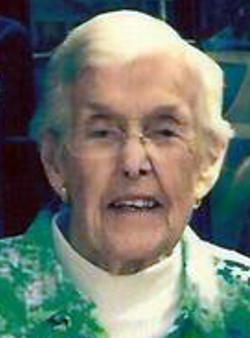 Mary Ann Clark, age 96, of Lansing, IL, passed away peacefully at home on Saturday, April 11, 2020, surrounded by her family.

Funeral services for Mary will be private due to the current COVID-19 virus situation. A celebration of life for Mary will take place at a later date. Mary will be laid to rest at Assumption Cemetery, Glenwood, Illinois.

Upon her high school graduation in 1941, Mary moved to Chicago where she was one of the first women hired at Kelly Steel. A year later, she moved to the Illinois Central Railroad where she worked for the next 17 years. It was at the IC that she met a handsome young IBM repairman named Herb Clark. After marrying and moving to Lansing in 1958, Mary was active in several community organizations including St. Ann’s Women’s Club, St. Vincent De Paul Society, Meals on Wheels, and the Lansing Historical Society. She was recognized by many organizations for her selfless volunteer efforts. Mary was loved by many, and she will be truly missed.

In lieu of flowers memorial donations may be made in Mary’s name to the St. Vincent De Paul Society, Village of Lansing Paramedics, or St. Ann’s Church.