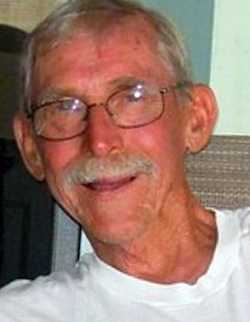 Funeral services for Robert will be private. Due to the COVID-19 virus situation, a celebration of life for Mr. Arndt will be held at a later date.

Robert was a loving and caring husband, father, grandfather, uncle, and son. He was a United States Army Veteran. Robert enjoyed watching the Chicago Bears and playing cards with friends, and he had a great sense of humor. Robert will also be known for his gentle touch, quiet demeanor, and warm personality. Robert loved his dogs and he always carried dog bones in his pocket for them. He was loved by many, and he will be truly missed.

In lieu of flowers memorial donations may be made in Robert’s name to the St. Jude Children’s Hospital Research or a charity of your choice.