Editor’s note: The people who write for The Lansing Journal represent a diversity of ages, occupations, and family situations. I asked them if they would be willing to share their perspectives on the ways COVID-19 is impacting their personal and professional lives. -Melanie Jongsma 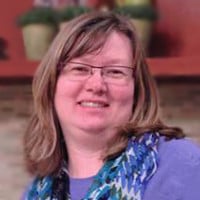 LANSING, Ill. (March 27, 2020) – Unless you reside in a remote cave in the wilderness and forage off the land, life has undoubtedly changed for you in some way this month. For some people it’s been as big as a job loss or someone you love being stricken by this virus that has upended our world. For others it may be much less significant, like missing a weekly book club, not going to your favorite restaurant for Taco Tuesday, or getting low on the supply of toilet paper.

I normally work from home, so spending two or three consecutive days at a computer in yoga pants while my car doesn’t move from its spot in the driveway isn’t all that unusual. But I enjoy my days of visiting restaurants, attending food events, heading out for in-person interviews, and doing little Midwest getaways so that I can research and write about places and attractions.

A progression of changes

The week before things got really serious I was on a getaway at a resort in Wisconsin. I was washing my hands more and carrying hand sanitizer when I went out, but other than that the coronavirus hadn’t yet impacted me at all.

As the next week moved along, we learned there would be no more NBA or NFL games. The baseball season wouldn’t begin until at least May 1. St. Patrick’s Day parades were cancelled. Then Broadway plays were cancelled. Then schools closed. Then dine-in restaurants closed. Then we were told to stay at home unless we were going to work or for essential needs. Life as we knew it on March 10 is a completely different than what we are living today.

The last actual event I attended was on March 14 when I judged a ramen cooking competition at a craft brewery in Michigan City after meeting my sister for lunch at a tea room in Merrillville where there were only two other occupied tables. The owner said she’d had 25 cancellations for that afternoon. I figured these were businesses that needed support and I tried my best to keep distance between others. When I shook hands with someone accidentally, just out of habit, I think they noticed a look of horror on my face as I realized I wasn’t supposed to be doing that.

Other plans that weekend were cancelled. I was to go see the musical Almost Heaven that night with my son at the Theater at the Center, and the next day I was going to watch another son run his first half marathon. Both were cancelled. We also had a family gathering planned at my sister’s house in central Illinois that Sunday where my mom would get to spend an afternoon out of the nursing home where she lives. We learned a few days in advance that visits were restricted, and she wouldn’t be able to leave. Luckily, a kind girl named Erica who works at the nursing home used her personal phone to log into Facebook and do a video chat with 14 members of our family. My sister and two of her kids stood outside the window of the nursing home and waved at my mom during the conversation. It was so good to see her smile and to see other family members that I haven’t seen in a while.

The following weekend I had a little work trip planned. It was still several days before the stay-at-home order and I was toying with the idea of still going. I would have been at a downtown hotel. The restaurants were going to be closing, but the thought of holing up in a luxury hotel for two days and not seeing anyone sounded quite appealing. It sounded like a good way to social distance away from home. But, as the week moved forward we were ordered to stay at home. Heading out to vegetate in a robe watching movies and ordering room service doesn’t qualify as essential, so the trip was cancelled.

Working at home, with kids

One thing that is different about working from home over the past couple weeks is that I’m not alone in a quiet house. My husband and two adult children have still been working, but my three younger sons, who are all in high school, have been home. I made it clear in the beginning that this isn’t an excuse for video gaming marathons and have been making sure they’re up each morning to do their attendance check-in for school. I’ve added some extra chores to their list. For the most part, it’s been going okay, but they have an uncanny way of timing their noisy activity at the exact time I’m doing a conference call. I know a lot of parents are in the same boat.

As bad as it sounds, I’ve been in more stores than usual over the past couple weeks. I’d been so successful in my New Year’s resolutions of scaling back and reducing clutter in closets that I’d gotten pretty close to exhausting the food supply in the house. That was my goal. I’ve always been one to overbuy and overstock. Once in a while I’d go through and end up pitching unopened food that had expired. In the fridge and freezer, I wanted to reduce waste. I was getting used to the sight of empty shelves in the fridge and I really liked the open space. It was a really bad time to Marie Kondo my life.

I didn’t have a lot in stock when the panic buying began. And I’d gotten accustomed to doing grocery pick-ups from Walmart so I wouldn’t have to go inside the store. Suddenly, we were facing uncertainty of whether or not we’d be able to get what we needed and Walmart pick-up wasn’t available, so I was making more store runs than I had in a while. A friend and I had a hilarious string of texts going back and forth. She was to get me Scott tissue if she found it. I was on the lookout for eggs and tortillas for her. One day we met up in the parking lot at Walgreen’s where I’d found the almond milk she was looking for. Another day I was in her driveway exchanging a book of stamps and ground beef for a pack of toilet paper.

After I was stocked up I was doing a lot of cooking, just like a lot of other poeple seem to be doing. I’ve been making lots of soups and chili and comfort food. I’ve been worried about my elderly neighbors and friends in town and have been offering to run their errands and stopping by to play ding dong dash and leave containers of chicken vegetable or stuffed green pepper soup on their porch.

How else have things changed? I have never felt more of an urge to rub my eye or scratch my nose.

And normally staying at home for a string of days doesn’t bother me at all. Now suddenly it does. I’ve actually left the house most days—not in an irresponsible way, but to just get out and go for a stroll—usually alone, sometimes with my husband or with that one friend that I’ve been bartering with over groceries, keeping several feet between us.

Some walks have been just around the neighborhood. Some have been in the local forest preserves. The fresh air definitely does me good, and I love seeing these trails through fresh eyes and with a different perspective. Before, going for fast-paced walk was the necessary thing I’d do to get my minimum amount of cardio activity in. Now, it’s the only opportunity to take in the world outside the walls of my home. It’s a privilege to be able to be healthy enough to do it and to have the time to do it. It no longer feels like a dreaded chore.

One day I drove out to Whiting Lakefront Park and strolled along Lake Michigan peering out at the Chicago skyline while waves crashed against the rocks below.

Another day I took a little walk through the grounds at the Lansing Country Club as snow was falling. It was breathtaking. Knowing it was probably the last significant snowfall we’d have this season, I savored every cold flake that fell upon my skin.

Wondering about the future

Things continue to change by the day. Right now the schools and restaurants are out through at least April 8, but the stay-at-home order, or encouragement, may linger much longer. Our neighboring state of Indiana has already shut down schools until May 1. There’s a possibility that my high school senior son may not have a graduation ceremony—that has not been confirmed or suggested by the school administration here (so don’t run with that and start any rumors), but it seems to be a trend in schools across the country, so I can’t help but wonder about it.

This situation will for sure shape the future in many aspects and leave lasting ripple effects, both good and bad. While the technology has been available for a long time, the medical and insurance industries have not quite embraced telemedicine as much as they could have, and a lot of schools have been slow to create e-learning opportunities. It just wasn’t a priority then. It is now. Both medicine and education will forever be impacted by what’s been happening.

But, rather than jumping ahead too much, I am, like so many others just chugging along one day at a time. Last week I talked to my 85-year-old mom by phone. I expected to hear extreme disappointment at the cancellation of our get-together. Instead, she was upbeat and completely accepting of what had happened. She ended up lifting me up with encouraging words. “At times like this, we should focus on what we do have, instead of what we don’t,” she said. She couldn’t be more right.

And its a lesson we should all carry with us even when this crisis is over.