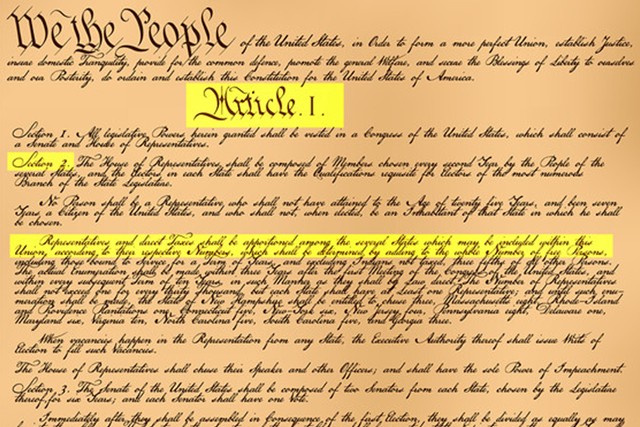 Information was posted publicly for residents to make corrections

by Andrew Babin, on behalf of the US Census Bureau

The Act echoed the Constitution, calling for an “actual Enumeration…within every subsequent Term of ten Years, in such Manner as they shall by Law direct.”

This crucial legislation established the ground rules for the first census and empowered U.S. marshals to carry out the monumental task of accurately recording America’s population.

It required the marshals to post the information in two public places for residents to make corrections before submission.

Those days are long gone. This practice ended with the 1850 census. Privacy and confidentiality are now paramount. The Census Bureau is bound by Title 13 of the U.S. Code to keep your information confidential.

Carrying out the census in 1790 was difficult in a new country with little infrastructure and a widely scattered population.

The census began on August 2, 1790, and officially ended nine months later on May 2, 1791, but several states (Rhode Island, Vermont, and South Carolina) and the Southwest Territory received extensions.

Despite the difficulties and challenges the U.S. marshals faced, Secretary of State Thomas Jefferson put the first data tables in an official government document on October 24, 1791, and issued the final report in 1793, after South Carolina’s count was completed: The United States had a population of 3,929,214.