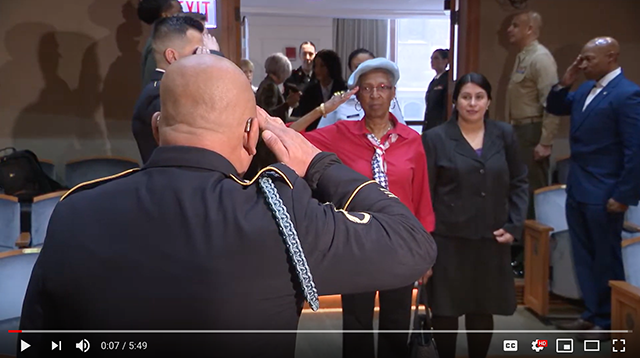 The landmark flight is slated for October 7, 2020. Any woman veteran who served on active duty in any branch of the military during WWII, the Korean War, or the Vietnam War era, or between the years of 1940 and 1975, is eligible. Applicants do not need to be combat veterans or to have served overseas.

“Women veterans have stood in the shadows behind their male counterparts for too long,” said retired U.S. Air Force Master Sgt. Ginny Narsete, a Vietnam veteran and recent chief of staff of the Illinois Department of Veterans Affairs, who is spearheading Operation HerStory. “We will not rest until every eligible woman veteran in the Chicagoland area and throughout the state of Illinois has been invited to participate in her well-earned and long-overdue day of honor.”

The Operation HerStory mission is in addition to Honor Flight Chicago’s slate of seven regularly scheduled flights for 2020, drawing from a unique veteran pool and outside fundraising efforts. Honor Flight Chicago will fly a full season from their wait lists while also contributing their infrastructure to this additional flight.

More information is available in the following video: