February 29 or “Leap Day” is an extra day added to the calendar every fourth year—Leap Year—because the earth actually takes 365 and 1/4 days to rotate the sun each seasonal year. After four years, those quarter days add up to one whole day that needs to be taken into account in order for our calendar to stay in sync with the seasonal year.

Superstitions and traditions associated with the day have developed since Julius Caesar first introduced Leap Year to the calendar. For example, a not-so-21st–century tradition has been to consider Leap Day the only acceptable day a woman can propose marriage to a man.

Is being born on February 29 a blessing or a curse? Some Leaplings find it a blessing to have a unique birthday with a certain mystique. Having a less frequent birth date offers Leaplings some flexibility in yearly birthday celebrations, choosing either February 28 or March 1 in the off years. 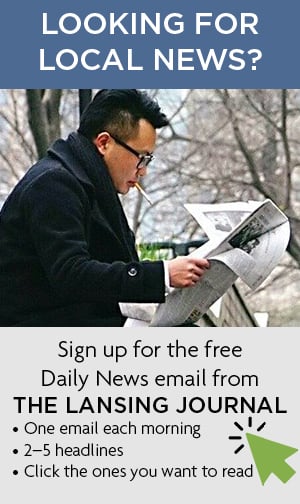 To be legally one year older, however, Leaplings must rely on March 1st as the one-year benchmark. Wood found this out, much to her disappointment, when she turned 21 in 2001 and had to wait one more day—until March 1st—to be of legal drinking age. To add insult to injury, she waited the required extra day to celebrate and didn’t even get carded.

According to Wood, her birth due date was February 19, but her mother was adamant that she would be born on the 29th. Her mother’s instincts were correct, and she was delighted to birth a Leapling. Wood, however, finds her February 29 birthday more of a curse than a blessing. “It is one of the most miserable birthdays!” she says. Why? “Nobody remembers! Growing up, my best friend’s birthday was two days before mine. She would forget my birthday! My parents would remember, but most of my friends would completely forget. Even now with Facebook…half the time—this year it might say the 29th—but every other year, depending on who’s looking at it, it will say the 28th or the 1st.”

Some of the jokes on a Leapling’s birthday can get a little old, too, especially by the time one reaches 40. Someone will inevitably tell Wood, “You’re not old enough to drink!” and her birthday is still often celebrated with child-themed birthday decorations that reflect the number of her Leap Years as opposed to her actual biological years.

Yet, it hasn’t been all bad having a Leap Day birthday for Layton. “My Mom tried to make it so that I always celebrated. And the nice thing was, growing up in this area, the first Monday in March is Pulaski Day, so I always got a three-day weekend for my birthday!”