An earlier version of this article included an incorrect location for the February 24 event. It will take place on the stage in the upper level of the library. 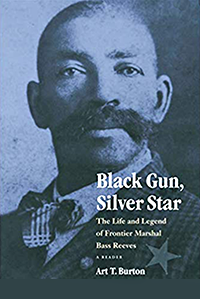 LANSING, Ill. (February 11, 2020) – The titles of Art T. Burton’s three cowboy books have a similar theme—Black, Buckskin, and Blue; Black, Red, and Deadly; Black Gun, Silver Star. All three books are about African Americans in a role that most people think of as white.

Burton has been invited by the Lansing Historical Society to share his 20 years of research with the public at their February 24 meeting. “Black Cowboys and the Wild West” will open up a little known part of America’s history as Burton reclaims the heritage of African Americans in the American West. 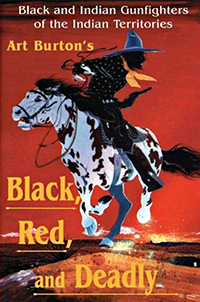 Burton has taught history and ethnic and cultural studies at Prairie State College, South Suburban College, and Governors State University. He has received a variety of honors and recognitions: 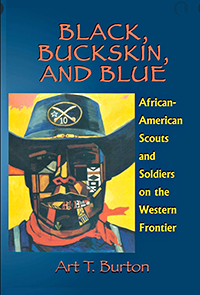 Burton has appeared in four documentaries for the History Channel on cable television. He was a participant on BET’s Teen Summit with Mario Van Peebles for discussion on the movie Posse. And in 2015 he appeared on FOX Cable’s Legends and Lies series, in the episode titled “The Real Lone Ranger.”

In 2018 Burton spoke at the BB King Symposium at Mississippi Valley State University on the subject of African American and Native American cultures. And in July of last year he was the keynote speaker at the 10th Anniversary Bass Reeves Western History Conference in Muskogee, Oklahoma.

Following his February 24 talk and slideshow, Burton will answer questions from the audience. The event will take place on the stage in the upper level of the Lansing Public Library.